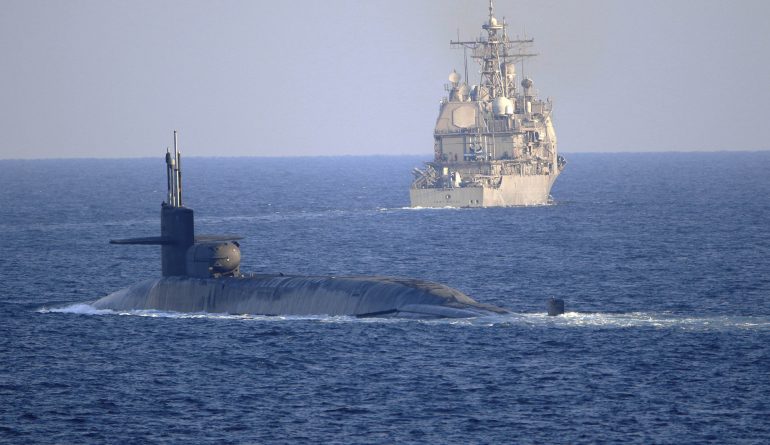 Although Morrison understood France’s “disappointment”, he made it clear that Australia had to defend its own interests.

At the press conference, Morrison said, “Of course, the French government is very disappointed, so I understand their frustration, but at the same time, Australia, like any sovereign country, must always make decisions for its national security interests. . ”

At the same time, the defense minister said Australia was pursuing a “transparent, transparent and honest” approach to concerns over the purchase of French submarines.

Australia on Thursday abandoned its 2016 contract with the French naval team to build conventional submarines and announced plans to build at least eight nuclear submarines using technology from the United States and the United Kingdom in a tripartite defense partnership.

The move angered France, an ally of the United States and Britain in the North Atlantic Treaty Organization, and recalled its ambassadors to Washington and Canberra.

The deal has plunged the United States and France into an unprecedented diplomatic crisis. Analysts say it could permanently damage the alliance between the United States and France and Europe. This is provoking opposition to the government of President Joe Biden, which seeks to establish unity against the increasingly powerful. China. Pre-question.

On the other hand, French Foreign Minister Jean-Yves Le Drian revealed three days ago that Europeans in the Indo-Pacific region had decided to follow their own strategy.

France is reconsidering its position on the Allies in response to the announcement of the establishment of a strategic partnership between the United States, Australia and the United Kingdom.

In an interview with French Channel 2, Le Trian called the submarine incident “a serious crisis affecting NATO’s future” and called on NATO to consider the crisis carefully.

The United States and Australia have been accused of lying

The French minister accused Australia and the United States of lying, and accused the United Kingdom of always accepting opportunism.

Before leaving for Paris today, French Ambassador Jean-Pierre Thibaut told reporters in Canberra, “I think this is a serious mistake and a very bad treatment for the (France-Australia) partnership, because it is not a deal, but a partnership trust, honesty and mutual understanding that must be fundamental.” . “

He is very sorry to leave Australia, but believes it is necessary to reconsider the bilateral relationship.

Earlier, France described the cancellation of a $ 40 billion deal reached in 2016 as a “stab in the back”.

After the French-Australian crisis in 1995, the submarine crisis became a major controversy, with Australia protesting Paris’s decision to resume nuclear testing in the South Pacific and summoning its ambassador for consultation.

The French Foreign Ministry seems to be sending a message to allies today that France and India have agreed to develop a plan to establish a “genuine multilateral international order.”

The ministry also said in a statement that Lutrien and Indian Foreign Minister Jaishan Sun had agreed over the phone to strengthen strategic partnerships based on the political trust relationship between the two sovereign powers in the Indo-Pacific region.

Malaysia is concerned that Australia’s nuclear submarine project could lead to a nuclear arms race in the Indo-Pacific region.

The Prime Minister’s Office said in a statement: “This will encourage other forces to take more serious action in the region, especially in the South China Sea.”

The report does not mention China, but China’s foreign policy in the region is very difficult, especially with regard to the rich South China Sea demands, some of which are in conflict with Malaysia.

Malaysia urges all parties to refrain from provocative acts in the region and to avoid any arms race.