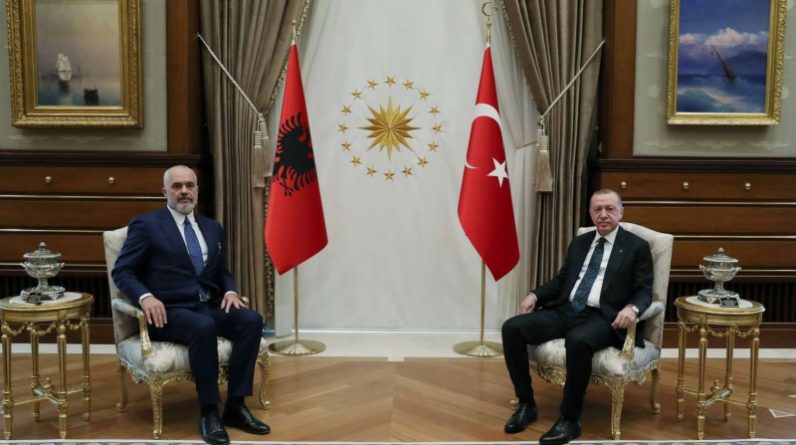 Belgrade- German Chancellor Angela Merkel’s announcement on Tuesday that the integration of the Western Balkans into the European Union was in the camp’s “complete geo-strategic interest” in countering the influence of other powers reflected Merkel’s desire to limit Turkey’s role in these countries.

On Tuesday, Merkel concluded a trip that began in Serbia on Monday, one of her last foreign trips before resigning in the wake of the September 26 elections.

Angela Merkel: The integration of the Balkans into the union helps to counter the influence of other powers

“We can see the recession in the Balkans and the influence of many regions of the world,” he added. “We must always remember the geo-strategic importance of these countries’ compliance with the European Union,” he added.

If the Balkans have historically been a struggle for influence between the West and Russia, Turkey’s influence in the region has become more and more apparent in recent years, with Turkish President Recep Tayyip Erdogan using a number of factors to expand there.

Turkey is mainly used to include these countries in the camp of European countries, to expand its influence in the Balkans and to close the door to their access. In Tirana, Merkel will meet with leaders of six countries in the region on Tuesday: Albania, Bosnia, Montenegro, northern Macedonia, Kosovo and Serbia.

These six countries have begun the process of reconciliation with the European Union, but they have each come in different ways on the path to joining the alliance. Leaders in the race for European membership between these countries are Serbia and Montenegro, which began merger talks several years ago.

In March 2020, the European Union gave the green light to begin talks with northern Macedonia and Albania, but these talks have not yet begun. As for Bosnia and Kosovo, they do not yet have the status of a candidate for membership in the Union. Merkel agreed that these countries would “have a long way to go” to join the EU one day.

The audience believes that they used Brussels’ instability over the years to join the EU and made it its backyard to set foot in Europe.

Turkey has been successful in slowly infiltrating the institutions and communities of the Balkans based on the historical colonial complex that existed in the region decades before the Ottoman Empire, but it has also invested well in the EU. Loyalty to Ankara and others is a sphere of Turkish influence that ignores its eastern borders, allowing it to root and infiltrate Islamic currents.

During a ceremony at the Turkish presidential palace in the presence of Erdogan and his guest, the Albanian, the two countries signed a number of agreements covering a number of areas, including a joint political statement on the establishment of a high-level strategic cooperation council. Prime Minister Eddie Rama.

Since a protocol was signed for the restoration of the historic Ottoman Corsunlu Mosque in the Albanian city of Ashcodera, bilateral agreements have also been reached in the areas of health, education and religious affairs.