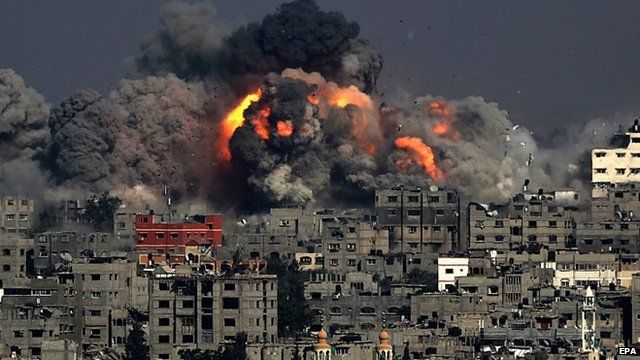 New tension in the Israeli-Palestinian conflict. From Monday, September 6 to Tuesday, September 7, Israel launched an attack on the Gaza Strip by loading inflated balloons from the Palestinian territories.

“The warplanes targeted a Hamas rocket manufacturing workshop and a Hamas military base in Khan Yunus in the southern Gaza Strip at night,” the IDF said in a statement. The strikes were in retaliation for balloons fired by Hamas, the Islamic movement in power in Gaza, into Israeli territory.

According to Palestinian security sources in Gaza, several missiles fell on a Hamas militant training camp in the Khan Yunus area. Witnesses said the army also fired artillery in the north of the micro-region. According to medical sources in Gaza, there was no loss of life due to the strike. Israeli firefighters have previously reported three wildfires in Israeli communities near the area caused by volcanic balloons.

The escape of six Palestinians from prison is provoking tension

The attacks came after most Palestinian prisoners, members of Islamic Jihad, another armed group operating in Gaza, escaped from an Israeli prison. Israeli security forces set up checkpoints around Gaza on Monday to prevent fugitives from trying to enter.

“The Zionist bombing of the Gaza Strip is an attempt to cover up the occupation (Israel, editorial note) and its inability and failure to confront the struggle of our people, especially six of our civilian fighters. Freedom from Gilboa prison,” Hamas spokesman Hashem Qasem said in a recent statement. The Israeli air force has carried out several such attacks over the weeks.

Clashes between Gaza and the Palestinian Territories between Palestinians have claimed many lives and injured dozens.