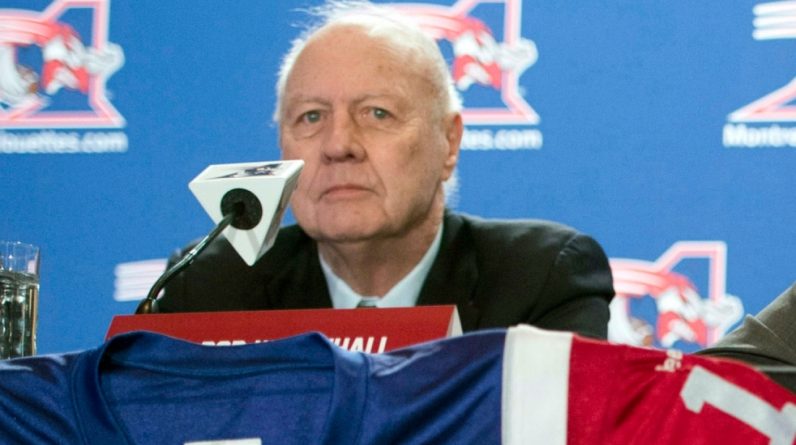 Robert Wheatonhall, former owner of Montreal Alutes, died Friday of an unknown cause.

The Allouts confirmed the news in a news release Monday night.

Weidenhall held the Montreal team from 1997 to 2019 and was inducted into the Canadian Football Hall of Fame in 2015 as an architect.

“Bob Wheatonhall, (like former PC Lions owner) David Broley, is the real hero of our league,” Hamilton Tiger-Gates owner Bob Young wrote on Twitter. Bob had a passion for life that gave hope and joy to everyone who knew him. We lost a good friend. “

Administratively, Weidenhall was instrumental in the rebirth of Alets in both football activities and social involvement.

As soon as he became the team owner, he established a winning philosophy that followed the alloys in the 2000s.

From 2000 to 2010, the Allies competed in eight Gray Cup finals in 11 years, winning the most important trophy three times in the Canadian Football League.

In 22 seasons led by Wettenhall, the Allots have won the Eastern Division title 10 times. They had a total of 223 wins.

“Bob Wettenhall loved Montreal, his team and the CFL, and he loved the response,” League Commissioner Randy Ambrose said in a statement. As a member of the CFL Board of Directors from 1997 to 2013, Bob has always treated other owners with respect and kindness. He treated players, coaches, staff, fans and journalists as owners. Our league is grateful for his many contributions. “

A native of Wisconsin, Wheatenhall graduated from Princeton University and was a founding member of the prestigious McConnell Wheatenhall & Co. Inc.

On May 31, 2019, Wheatenhall sold the allotments to CFL. In January 2020, the league announced that Toronto businessmen had acquired the team of Sid Spiegel and Gary Stern.