Home World Speaking of women’s rights, the leader of the PPNU was plotted by the Taliban 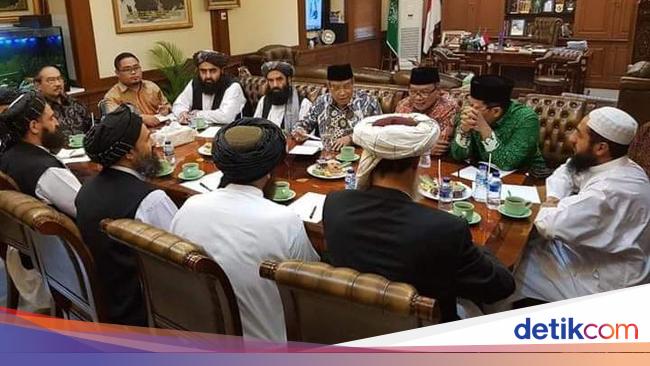 Before the Indonesian government tried to mediate between the warring factions in Afghanistan, the Nahdat al-Ulama Executive Committee (PPNU) had already held talks with groups in Afghanistan.

At least seven groups of Afghan clerics, including those associated with the Taliban, met at the Borobudur Hotel in Jakarta. At first, of course, they were reluctant to meet and sit at the same table. PPNU executives had to force each other out of their room.

“It was very hard, but it worked. Everyone gathered at the same table. As a result, there was little attitude and a relationship started,” he said.

The second meeting continued in Kabul, Afghanistan. Several PPNU executives flew in there, but KH Side Akhil did not participate as there were other functions. One of the results of the meeting in Kabul was the acceptance of NU students from Afghanistan to study at NU’s Islamic boarding schools and universities.

“We awarded scholarships to 34 people at Wahid Hashim University in 2011. In a short period of time they have adopted the Indonesian language proficiency, good knowledge in the community and a moderate approach to Islam like NU,” Akhil said.

Third meeting of the title in Turkey. This time Akhil and KH Marsudi Siuhuth came to represent PPNU. Al-Azhar hosted a program by PPNU with Egypt to unite the seven factions in Afghanistan.

“Some people were angry when I talked about women’s rights to education, the right to life, property, rights in politics, based on the Egyptian clergy’s research, but he was angry when he used the Afghan language, so I – he – he … he …” said.

Participants in the meeting shook hands, but did not give satisfactory results. Similarly, the fourth meeting held again in Kabul, according to the Kia site, has not yet gained a truly positive understanding.

At the fifth meeting of the PPNU on July 30, 2019, 11 top Taliban leaders, led by Mullah Abdul Ghani Bharat, who was the guest of Vice President Joseph Kalla, stopped and discussed with the PPNU leadership. Akhil described the conditions at the beginning of Indonesia’s independence at that time.

At that time the founders of the nation also discussed the form of government, some preferred Islamic law and some nationalism. But eventually it reached the central state, i.e. a national state, a religious state or a secular state.