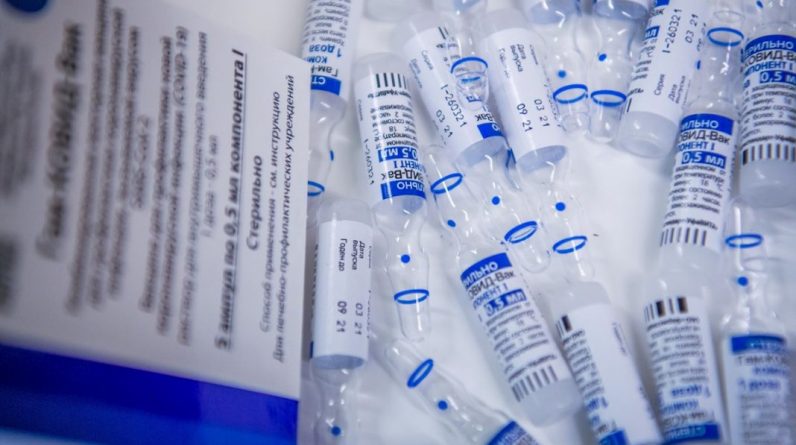 On Monday, August 30, the Ministry of Health denied that the official account of the Russian vaccine indicated that more vaccines had arrived in Venezuela.

According to the Ministry of Health, the news spread through social media is false. Consult the official channels of the Bolivarian government for information in an honest way.

The Ministry of Popular Energy for Health has said that the news spread through social networks is false.
For information in an honest way, visit the official channels of the Bolivarian government. pic.twitter.com/tp9HAunJQp

The news that started it all, the @sputnikvaccine account shared on Twitter at noon, confirmed that the product would reach large quantities in Venezuela. But a few hours later, They deleted the tweet.

Venezuela was expected to receive a total of 10 million doses of Sputnik V in the first half of 2021, but as of this August 30, Russia had publicly delivered only 1,430,000 doses of Sputnik V on eight exports between February and June.

In this situation, there is uncertainty among the Venezuelan people who received the first dose of the vaccine from the Kamala Center, and waiting for the second component and without the guidance of the Ministry of Health, there is growing concern about what to do without the second dose of Sputnik V.

From June, the country began to report a shortage of the second dose of Sputnik V and extended the interval between the first and second dose from 21 days to 90 days. Later, Russia announced that it could extend this period to 180 days, but official spokespersons limited themselves to saying that more vaccinations would come “sooner”.

On August 27, President Nicolas Maduro promised to receive “millions of vaccines” in the next few hours. This August 30, its vice president, Delcy Rodriguez, said that vaccination efforts starting this week would triple and that those now over 60 who have not been vaccinated can do without a message from the Patria organization.

With information from Cocoa effect.