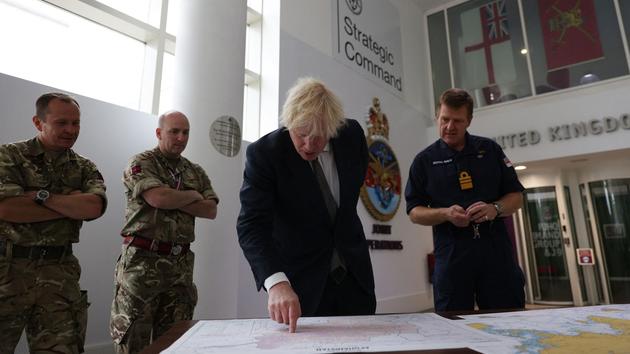 Boris Johnson defended the British evacuation operation, which evacuated more than 15,000 people, including about 8,000 Afghans eligible for the United Kingdom’s program for internally employed personnel.

Continued criticism of the Johnson government will continue to rain heavily. The unprepared, unresponsive, executive has been criticized for failing in Afghanistan and leaving too many people, while the last British military plane took off from Kabul this weekend.

In a video posted on Twitter, Boris Johnson defended the British expulsion. “It simply came to our notice then
Seen in our lives “. It evacuated more than 15,000 people in the UK, including about 8,000 Afghans eligible for the scheme for local employees. However, he agreed “Wants to leave the other way”. Addressing the families of the 150,000 men and women who worked in Afghanistan and the 457 service members who lost their lives there, he said “Succeeds in ensuring the security of Great Britain and improving the living conditions of Afghans”

This article is for subscribers only. You still have 75% to find.

Continue reading your article for 1 for 2 months