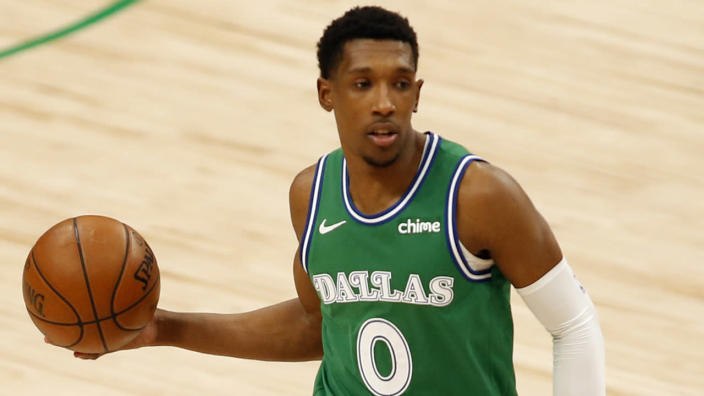 Following a year where they disappointed compared to the expectations they faced, the Boston Celtics had to upgrade their roster this offseason. One of the major pieces they brought in to shore up their team has agreed to extend his stay in Boston by one year. Josh Richardson has recently agreed to a one-year, $12 million extension that will give him a payout of $24 million to play in Boston for the next two years.

While it feels like the NBA season has just ended, much has been settled. The draft is complete, free agency is winding down, and most NBA teams have their rosters decided. Now is the perfect time to start looking ahead to the 2021-22 NBA season. Sportsbooks already have odds on major props and championship contenders, and bettors can capitalize on some great odds the pre-season always offers. Celtics fans believe this team may be poised to shock the world, so check out some of the best NBA betting sites to bet on your favourite team shocking the world. It is highly recommended to stay updated with the relevant information from betting sites online to get all the data you may need to become an expert in this filed.

The Boston Celtics were expected to be one of the teams fighting for control of the Eastern Conference last year but fell out of contention and into the play-in tournament. Even before an injury to Jaylen Brown, the Celtics disappointed. They moved aggressively this offseason to try and revamp their roster. They traded away Kemba Walker, who disappointed last year, bringing back a familiar face in Al Horford. They signed Dennis Schroeder to a cheap deal and brought Enes Kanter in to help man the paint. They also acquired Josh Richardson from the Dallas Mavericks.

Richardson has had an interesting NBA career thus far, and the Celtics are the fourth stop of his soon-to-be seven-year career. At 27 years of age and with a 6’6 frame and 6’10 wingspan, Richardson is long and athletic. He is a capable defender who can handle top assignments, and in his time in the league, he has showcased a lot of valuable skills. However, his career has stagnated a bit.

In the 2018-19 NBA season, Richardson was on the Miami Heat in his fourth year in the league. This was a breakout year for Richardson, and his NBA career seemed to be on the upswing. He averaged 16.6 points per game, 4.1 assists per game, and 3.6 rebounds per game. He shot a respectable 35.7% from the three-point line, and it looked like his offensive game was developing.

His career went off the tracks a little bit, as right after his breakout season had wrapped up, he was dealt to the Philadelphia 76ers as part of the trade that brought Jimmy Butler to Miami. In Philadelphia, his role was reduced, as he was arguably the 4th option on that team. Just about all his numbers were down that season, and he struggled with 3-point shooting on a team that was desperate for spacing.

He was then shipped to the Dallas Mavericks in a trade that brought Seth Curry to the 76ers. It was expected there would be a more significant role for him in Dallas, and Luka Doncic and Kristaps Porzingis needed a third option. Unfortunately, Richardson took another step back in Dallas. His three-point shooting continued to stall, and he had his worst scoring season since his second year in the league.

With the move to the Celtics, Richardson is stepping into an uncertain role. The Celtics will likely start him at the shooting guard spot and hope his three-point shooting returns to form. Having Richardson and Brown gives the Celtics two very strong wing defenders, and if Robert Williams can stay healthy, they’ll likely be an elite defensive team. Jayson Tatum is a superstar who hasn’t reached his ceiling, and if the Celtics pieces continue to mesh and develop, there is a genuine chance they compete for a championship.

While the Eastern Conference is stacked at the top, with the defending champion Milwaukee Bucks and the presumptive dominance of the Brooklyn Nets, the Celtics have room to grow. Tatum and Brown are both mega-stars aging into their prime, and their supporting cast is strong. Williams has massive potential, Horford is crafty, and a winner; Schroeder can push the tempo. If Richardson can fill his role and live up to the Celtics expectations, 2021-22 could be a season to remember.

See also  MLP: Jose Altue set aside Puss to score a home run against the Yankees