Home Science Catch Me If You Can: Scientists Develop New Method for Studying a Protein | Science and the planet 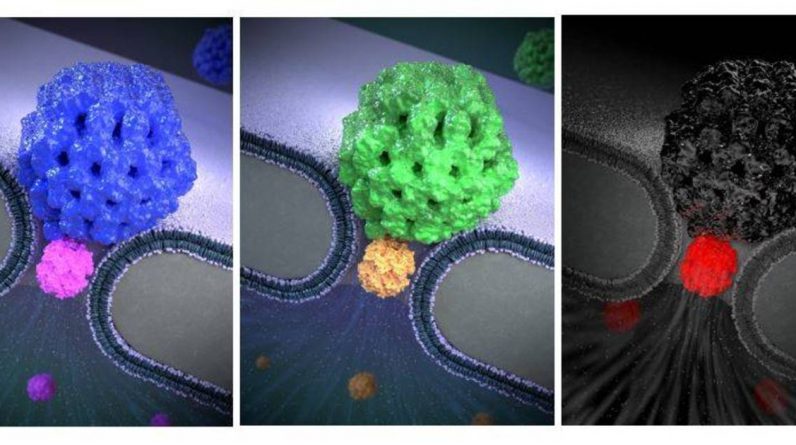 Researchers at the University of Technology in Delft and Munich have developed a new technique that allows a single protein to be stored for hours for detailed testing – a million times longer than previously possible. This new NEOtrap method allows scientists to examine proteins more closely, which will lead to new discoveries in biomedical science, biotechnology and more.

Although proteins play an important role in many processes in our body, little is known about their different forms and how to convert them. Research by Delft University of Technology and scientists in Munich hopes to transform this with a newly developed technology: the nanopore electro-osmotic trap (NEOtrap). This allows scientists to accurately measure how proteins change shape.

NEOtrap technique is a combination of two separate technologies called nanoparticles and DNA origami. Nanoholes are tiny holes used by scientists as sensors to detect molecules such as proteins. Typically, the protein stays in the hole for only a few microseconds, so little information is collected for scientists. However, scientists were able to close the hole with a band made of DNA. As a result, the protein cannot be kept for microseconds, but for several hours. The balls were created using DNA origami, in which researchers used folding techniques for DNA instead of paper.

The protein remains intact as the DNA ball behaves like a sponge and absorbs water through the nanopore. Once the protein is captured, it can be examined for a very long time. In their study, the technique allows scientists to differentiate between different types of proteins and the different forms in which a protein can be taken. A major breakthrough in this field is the NEOtrap technique, which allows scientists to study protein in its natural form. Often a molecule must first be chemically processed, but this is not required here.

Thanks to NEOtrap, scientists around the world can conduct completely new experiments, discover the functions of hitherto unknown proteins, and trigger a stream of innovations in biomedical science and biotechnology. The researchers who developed this technique have already indicated that they will do a lot of follow-up research with it in the coming years.