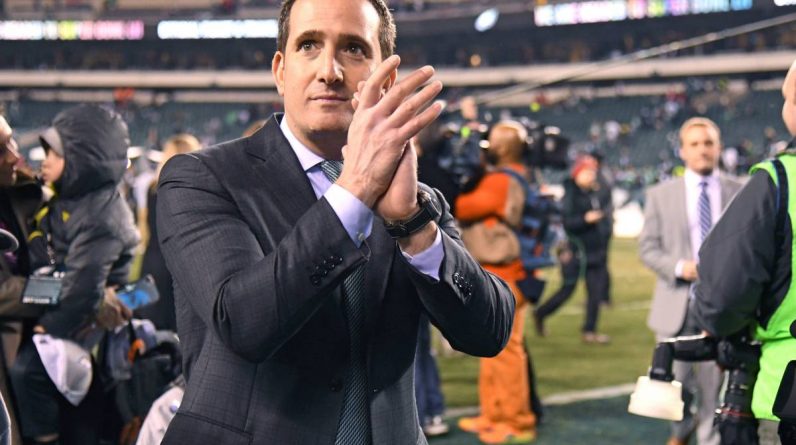 Judging sharks by sharks. This is similar to the poll of 33 NFL agents Produced by Athlete Website.

Thirty-three agents representing hundreds of players, including owner quarterbacks and pro bowlers, who were selected in the first round over the past three years, were asked a number of questions specifically about their performance.

They are relevant because the results can sometimes affect human relationships. But it also gives a snapshot of the relationships in the league. Which general manager do agents trust less?

“It’s easy, he tells you one thing and does the opposite,” one of the agents testified. “You can tell him one thing, tell him to keep this between us, and then three or four people can come and talk to me about it. It doesn’t make him a bad guy, but there’s no transparency.”

“He’s always playing on two fronts. He’s not dishonest. He’s a guy who covers himself up. He always makes sure there’s another deal on the side,” explains another. “

The good news for Roseman is that agents who make friends are not here. One of them explains clearly when asked which manager he trusts the most.

“No. Even those who are your friends have work to do for the good of their team.”

Behind Rosemann, we see Bill Belichic first in last year’s poll. In third place, Joe Douglas, stopped with the Jets. It may not be a coincidence, but before coming to New York, Douglas worked in Philadelphia … with Roseman.

The worst season for the Texans

Looking at recent times, the Texans have been the major losers in the referendum. Surprisingly, with 11 first-place votes out of 33, they were selected as “the team with the most disappointing offseason”. “

“Jack Easterby (VP) is a disaster, and a lot of people in the league think Cal McNair (CEO) is a daddy’s boy. That’s why Easterby got there. Then there’s Deshan Watson … Anyway, no one trusts Easterby.”

The Packers and Riders are finishing the off-stage stage of what is considered to be the most failed.