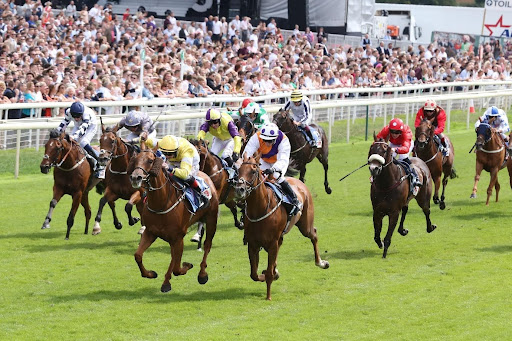 The Yorkshire Ebor Festival is one of the most historic and exciting meetings on the Flat racing calendar, and the season can’t truly begin to wind down towards British Champions Day at Ascot in mid-October until the four-day meeting, which boasts the Juddmonte International, the No.1 ranked flat race in the world, the Yorkshire Oaks, the Nunthorpe Stakes and, of course, the Ebor itself, has taken place.

With so many top-class races, it’s no surprise that sites like Smarkets attract a lot of interest from those looking for the best Yorkshire Ebor Festival betting odds and tips each and every year. That said, given some of the victors on Day One of this year’s meeting, the bettors would have been lucky to finish the day with a smile on their faces.

So, without further ado, read on as we take a quick look back at the action of Day One of the Yorkshire Ebor Festival…

The Festival kicked off with the Symphony Group Handicap, open to 0-105 rated horses who are three years old, and Copper Knight caused an almighty upset in the first race of the day, winning at 18/1. The Tim Easterby-trained seven-year-old was prominent from the off and gained a healthy lead by the two-furlong marker. He started to run out of steam in the final 110 yards, with Live In The Moment closing in, but there wasn’t enough track left for the Adam West-trained horse and Copper Knight held on to win by three quarters of a length. The favourite, Twilight Calls, was back in sixth.

Group racing got underway next, with the Group 3 Acomb Stakes. However, there was still no luck for the bettors, as Royal Patronage once again surprised all the betting markets and tips. The Mark Johnston-trained horse entered the stalls for the seven-furlong race as a 25/1 shot, but was soon pushed along and ridden out into the lead one furlong out. The two-year-old held on well to win by little more than two lengths clear of Imperial Fighter and Oisin Murphy, whilst the favourite, Dubawi Legend, was back in third, over four lengths behind the winner.

There was still no sign of a favourite romping home in the Group 2 Great Voltigeur Stakes, as Aidan O’Brien’s High Definition trudged home in fifth with the Irish trainer’s number one jockey, Ryan Moore, in the saddle. Instead, the Charlie Appleby-trained Yibir scooped the £85k prize purse. Stuck in the rear, jockey James Doyle waited keenly for room two furlongs out, and had gained good headway by the one-furlong pole, before being ridden out. O’Brien did have a bit of luck, as The Mediterranean came home in second, with Youth Spirit in third.

Next was the Day One feature race, the Group 1 Juddmonte International Stakes, and with the heavy favourite St Mark’s Basilica withdrawn from the race due to a leg injury, the baton as market leader was passed down to John and Thady Gosden’s Mishriff. Many predicted it would be a one-horse race, and it turned out to be exactly that, as the four-year-old streaked clear two furlongs out and went on to win by some six lengths.

Arcadian Sunrise was the 11/4F winner of the proceeding Handicap, whilst 7/1 shot Tweet Tweet landed a victory for trainer Declan Carroll in the Irish Stakes (Fillies’ Handicap). The final race of the day, a Nursery Handicap, went in favour of 16/1 outsider Flaming Rib.