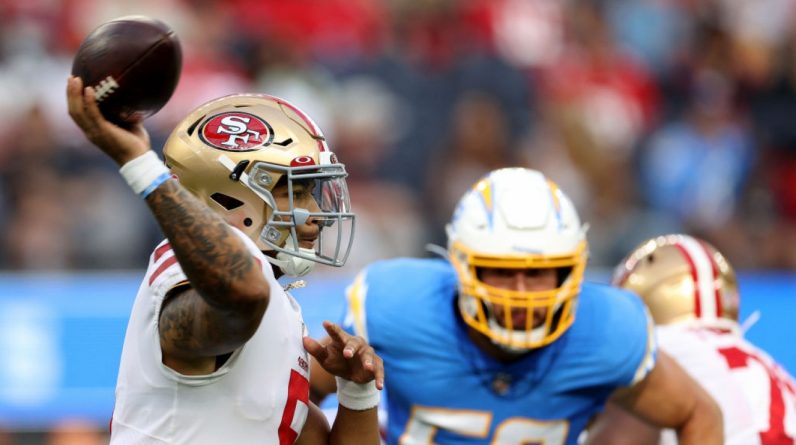 The fight for the opening quarter for the San Francisco 49ers was one of the most interesting of the NFL camps.

Rookie Tray Lance added points in his favor as he shone against the Los Angeles Chargers, with Jimmy Carpolo looking like he was looking for his bearings.

Senior quarterback who started the game for San Francisco. Caropolo only played in an attacking lineup of 15 games, which ended in an interception. I have to say that the quarterback pass was deflected into the hands of receiver Brandon Iuke who could not catch the ball.

The third choice in the final draft began to be embarrassing. His second line on the pitch caused an interception, but this time too, the Niners did not have the help of his receiver for the quarterback. Mohammad Sanu dropped the ball caught by the opponent.

However Lance started in the last minute of the first half. He arranged a six-play, 70-yard push in 45 seconds as his team recorded a touchdown and returned to the locker room 10-8 behind. He finished the job with a pass to Sanu, particularly joining Trent Sherfield at 41 yards. In the final zone.

Lance returned to charge in the third quarter. This time, he found Travis Benjamin with an accurate pass to the 16-yard touchdown. Lance finished his game with eight completed passes in 14 attempts for a 102-yard gain.