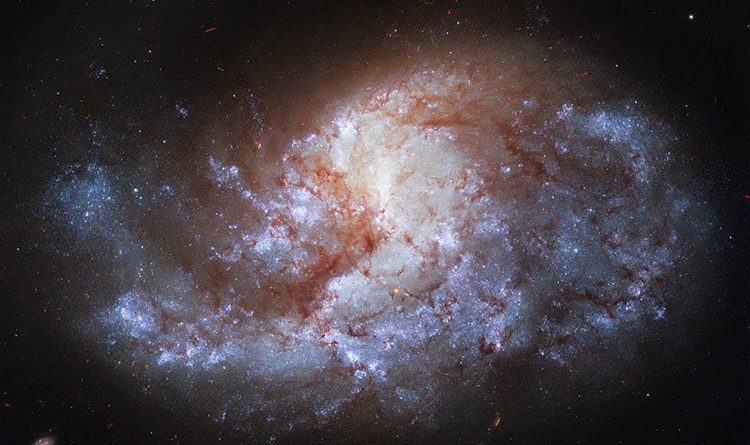 NASA on August 20 released the latest image of the beautiful spiral galaxy NGC 1385 taken by the Hubble Space Telescope.

First discovered by the German-British astronomer William Herschel on November 17, 1784, NGC 1385 was compared to a bright glowing and “cosmic jewel” in deep space. This forbidden spiral galaxy is located in the Fornux galaxy, about 68 million light-years from Earth.

This stunning image was captured by the Whitefield Camera 3 (WFC3) on the Hubble Space Telescope. The device made separate expressions in the ultraviolet, visible, and near-infrared regions of the spectrum, and then used five filters to sample different wavelengths of light. The bright colors of the galaxy are, according to NASA, the result of combining different colors for each monochrome image.

Since its inception in 2009, WFC3 has been the flagship of the Hubble Telescope, thanks to its reliability and versatility. After 12 years, the device still operates stable and continues to send valuable tracks to Earth.

Meanwhile, Hubble has been in orbit for over 31 years and is starting to show signs of “age”. Two months ago, the telescope’s main computer crashed, causing the device to shut down for more than four weeks. NASA plans to replace the advanced telescope James Webb, which is scheduled to launch later this year, with the Hubble.