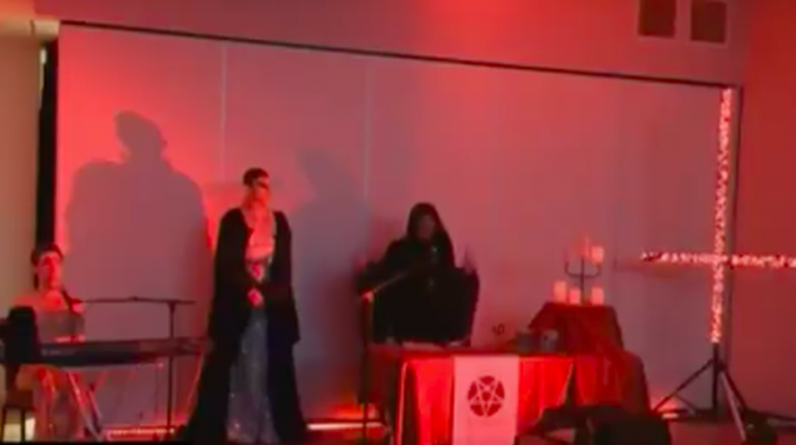 A mysterious sequence of satanic rituals appeared during an Australian news broadcast. The ABC channel did not comment

Chatting with the devil, or almost. An Australian television news broadcast on ABC showed a satanic ritual briefly on screen.

This amazing story happened on Friday 20th August. Yvonne Yong introduced the newspaper and announced the headline about police dogs. It started and we see bureaucrats chatting among themselves.

Just then a satanic ceremony suddenly appears, and for exactly two seconds, a masked protagonist greets a crowd by pronouncing “Hi, Satan” – “Hello, Satan”. A Catholic cross in red neon creates the background in red conditions similar to horror films.

Before starting the next topic, the film will return to the editor who manages to be without the image.

If the channel does not provide any explanation for this mysterious appearance, according to the site Inside, This video may come from The Nusa Temple of Satan, a satanic group based in Queensland. Their aim is to encourage the Australian government to allow Satanists to teach religious subjects in schools.