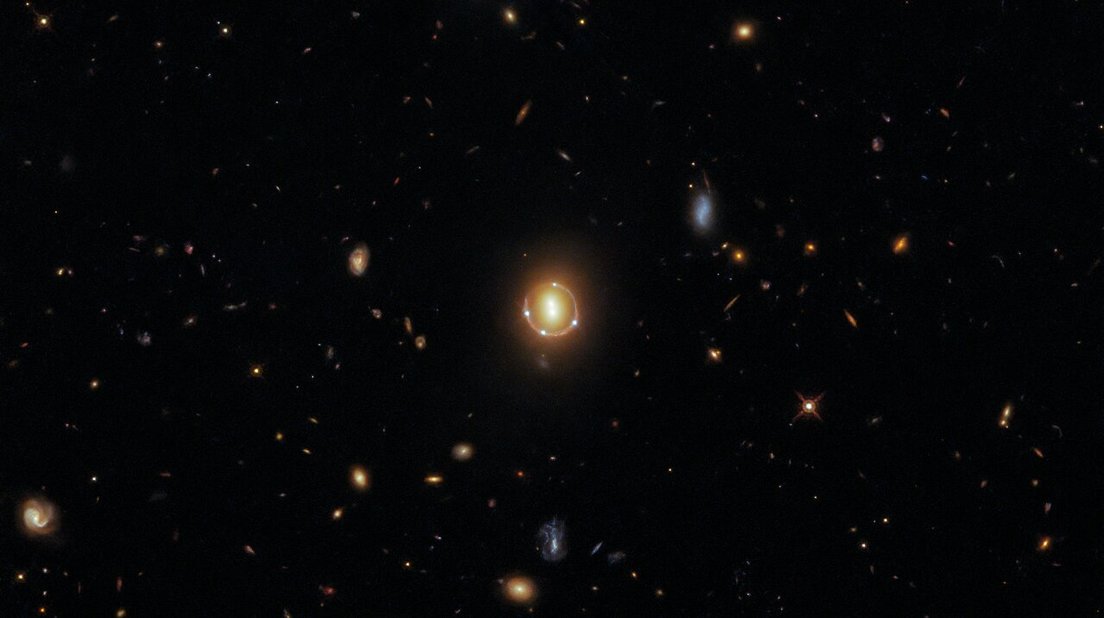 The reason behind this effect is a phenomenon called gravitational lensing.

Thanks to the wide-angle camera 3, the Hubble Space Telescope was able to capture the ‘five-fold view’ effect caused by gravitational lensing. Astronomers of the European Space Agency (ESA) They have published The picture taken by the ship illustrates this phenomenon.

At the center of this image are six points of light, four of which form a circle around the center pair. However, as the researchers explain, “appearances are deceptive.” “This creation was not made up of six individual galaxies. But only for three people: Precisely, a pair of galaxies and a distant quasar “, they describe from the ESA.

This rare phenomenon is caused by the presence of two galaxies on the front that act as a lens.

“The central pair of galaxies in this image are actually two separate galaxies 3.8 billion light-years from Earth,” the astronomers explained. “The four bright spots around them and the blur in the center Actually five separate pictures of a quasar, Also known as 2M1310-1714, is a very bright but distant object.

According to the ESA, the reason behind this ‘five-fold vision’ effect is a phenomenon called gravitational lensing.

“Gravity lensing occurs when a celestial body with a wide range of objects distorts the structure of space. Magnified images of distant sources,” the scientists explained.