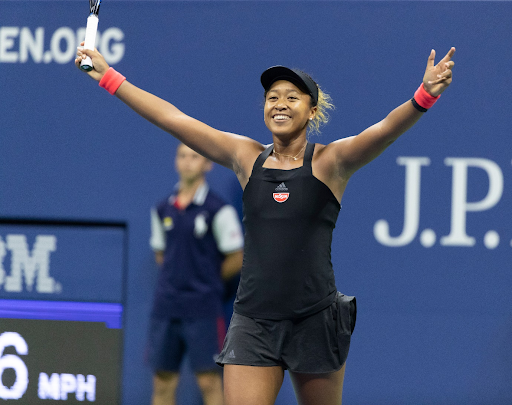 What next for Naomi Osaka? The Japanese superstar tennis player was unable to win a medal in front of her home country as she suffered a surprise and unfortunate exit in Tokyo to Markéta Vondroušová. The 23-year-old went into the Olympic games with great expectations and was a favourite leading latest tennis odds to secure gold in front of the highly anticipating home crowd. After dominating early proceedings, Osaka, who is currently ranked world number two, was beaten by 22-year-old Vondroušová, who was being tipped to go all the way after an impressive turnout in Tokyo against Osaka, hitting 18 winners against 10 unforced errors as she converted five of her 11 break points in the match. Despite coming up short, collecting a silver following defeat to Belinda Bencic in the final, Vondroušová can show pride in her efforts.

As for Osaka, it’s a tough pill to swallow. Within a few moments she went from lighting the ceremonial torch in the capital city to packing her bags to head back to Los Angeles prematurely.

This period serves as the first real setback Osaka has faced in her professional career, which still has years ahead of it and more Olympics to perfect her craft — already a four-time Grand Slam champion now saddling up in search of that elusive gold medal. Following struggles with her mental health after the French Open and pulling out of Wimbledon to focus on these Olympic Games, intensifying discussions about athletes and mental health.

Despite a disappointing result, Osaka has insisted she wasn’t disappointed with her performance, but the added pressure of the crowd and being a favourite in most tennis predictions could have served as extraneous variables in her surprise defeat: “I definitely feel like there was a lot of pressure for this,” Osaka said afterwards. “I think it’s maybe because I haven’t played in the Olympics before and for the first year it was a bit much. I’m glad with how I played, with taking that break that I had. I’ve taken long breaks before and I’ve managed to do well. I’m not saying that I did bad right now, but I do know that my expectations were a lot higher.

“I feel like my attitude wasn’t that great because I don’t really know how to cope with that pressure so that’s the best that I could have done in this situation.”

Throughout the duration of this Olympics, we have seen female athletes pave the way for a more accepting sports industry. Osaka remained gracious in defeat in the face of adversity and pressure from the media at home in spite of her clustered schedule and inevitable fatigue. On top of this, the digital age constantly reminding you of your shortcomings via social media can be hard to escape. Her third match in consecutive days was evidently a task too far but this period of reflection after defeat to a player ranked 42 in the world could act as a watershed moment in a long and prosperous career. After an absence from Wimbledon, Osaka will now look for a fifth Grand Slam title, likely to resume training in the US in hopes of overcoming her mental health challenges.