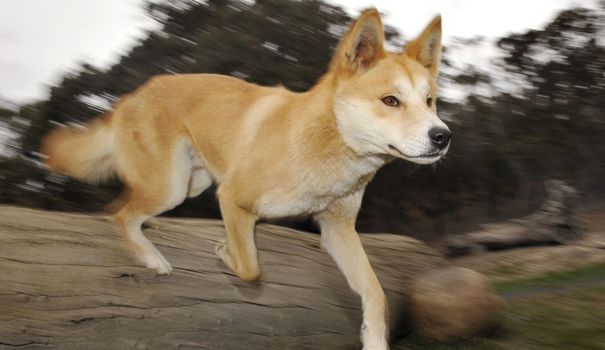 “Whether he posed for tourists or dug in the sand of this UNESCO World Heritage Site, 400 kilometers north of Brisbane, this camera collar captures life for a month.

“These pictures show where Super and Wongari go, how and where it finds food and water. They allow us to see the intimate life he shares with his partner“, Explained Linda Behrendorff, who is in charge of the project.

“We have never seen anything like this before, and it shows that Wongari opportunistic predators eat whatever food they find.“.

Ms Behrendorf said the pictures made it possible to follow him hundreds of kilometers north of the island.

“These camera collars are one of the many techniques we use to monitor Vongari to prevent the risk of bad encounters or incidents with islanders or visitors.“, She underlined.

The project is part of an effort to protect and monitor dingo after several children were bitten on the island earlier this year.

In May, the Queensland government announced the installation of a new fence to prevent animals from entering the largest city (island).

Authorities say some of the dogs on the island are no longer afraid of humans after being fed or eating leftover food provided by humans.

Fraser Island is best known for its collection of dingos. “The largest sand island in the world“, Listed as a World Heritage Site”The majestic remnants of large rainforests growing in the sand“Because she owns”Half of the world’s freshwater cliff lakes“, According to UNESCO.

Also known as K’gari, meaning “Heavens“In the language of the tribal Putsulla people, it attracts hundreds of thousands of tourists every year.