Home Technology How do you know if your phone has been hacked? 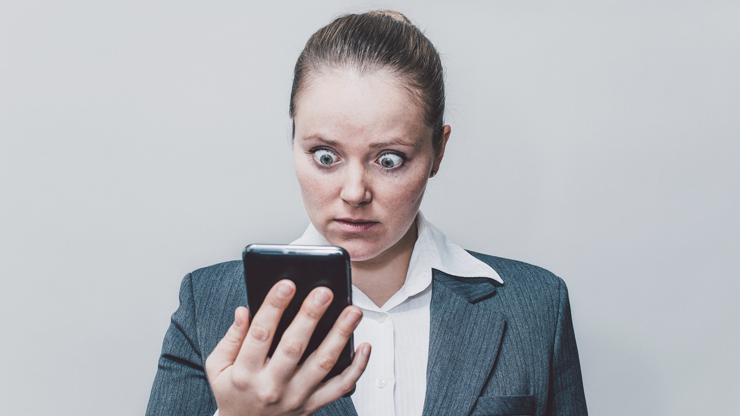 Nowadays, the smartphone has become the center of life, making it the ideal target for anyone who wants to steal your identity or deceive you financially. So look for signs that your phone has been hacked.

In an article published in the American magazine “Reader’s Digest”, author Joe McKinley touched on the signs that the smartphone had been hacked. “Understanding the signs that your phone has been hacked begins with understanding the data on your device, especially your phone and computer, the two main communication devices you use on a daily basis,” says George Waller, CEO of Blocks Safe Technologies.

Here are the most important signs that your phone has been hacked:

1- Significant increase in the use of Internet data
Using an application such as a data app to view Internet data released by your device, and then searching for inconsistencies or long load times, may indicate that consumption is inexplicable, indicating that tracking software is installed on your phone.

2- Your phone battery drains quickly
The most obvious sign that your phone has been hacked is that it has drained the battery very quickly. Spyware runs in the background all the time, which means it uses up power and drains your battery. If your phone is constantly losing power, you may have been hacked.

3- Your phone is overheating
Overheating of the phone when not in use is an indication that internet data is being used faster than usual. And if someone notices that they are violating data consumption limits, it is possible for someone to spy on their personal sessions.

4- New apps will appear on your phone screen
Hacked users may find new, unfamiliar apps in the Apps menu or under Settings, for which you should always check the running apps. And if anything seems unusual, check to see if any of the processors draining your battery contain malware.

5- Your phone streams video automatically
Streaming a user’s phone on its own is one of the ways that hackers use it to track and listen to your activity. The user should be able to know if his phone is still working or if its battery is running fast, then check the internet consumption and consider whether there is an increase in internet data consumption.

6- Double the performance of your smartphone
If there is a delay in sending, receiving and performing other tasks with your phone, this may be a sign that your phone has been hacked. It is very difficult to get a sense of these things, but we need to pay enough attention to these nuances.

7- Sends your phone calls and messages without you knowing
A person whose phone has been hacked can notice many calls and messages that are not on his contact list. In this case, you need to monitor this process carefully because some of the numbers you find may be evidence of who hacked your phone.

See also  Fake news about the Acropolis is back in the air!

9- Receive information related to information security
If your phone has been hacked, you may notice some unusual activity, such as receiving a new device, password reset links, or information security-related messages informing you that your email or social media account has been accessed using verification messages. I have registered for unauthorized accounts. You know her. “

10- There is unusual noise in the background of the phone
Noise, chatter and other strange sounds may be a sign that someone in your line is listening. Although all phones may make strange noises from time to time, you should check for other symptoms.

11- Unable to turn off your phone
If you notice something strange happening on your mobile phone, try shutting it down and watch your device react to the shutdown process. In fact, hacked phones do not lock properly, and they may go unlocked even if you try to do so.

12- Block your emails
You may find that your emails are blocked by “email spam filters” because your messages seem to come from suspicious sources.

Three steps to take if you suspect your device has been hacked:

Change Important Passwords: The point of this point is to avoid changing the password using the device you suspect has been hacked, this way you will have revealed the new password to the hackers.

Follow the multi-factor authentication mechanism: Everyone should do this as much as possible to avoid hacking their device. Many popular applications and services such as Facebook, Google and major banking applications – allow the implementation of this mechanism. This method may not work when your device is at risk, but it does help reduce the chances of your device being hacked.

Recover your device: It may be a challenge, but today it is much easier than ever. This process depends on your device, as both Apple and Google provide clear and easy-to-use directions for creating backups.

See also  It screams. NASA has released the sound of a diligent vehicle driving on Mars