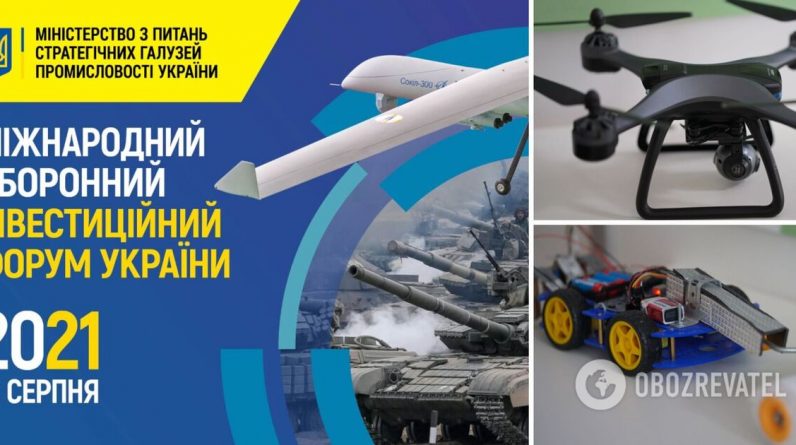 This was announced by the press service “Ukroporonbrom“. The inventors talked in more detail about their developments.

Therefore, NTUU “Kiev Polytechnic Institute” is a 10th grade student of Igor Klimenko’s Polytechnic Lyceum A quadrocopter mining detector was introduced. The device is designed to detect a mine – and indicate its exact coordinates on the map by a GPS signal, as well as in the area – by spraying paint.

“A quadrocopter moves in a planned trajectory with an infrared transmitter, detects metal objects, sends a signal to a computer, and the program calculates their exact coordinates – and transmits them to a supers.

The schoolboy mentioned that he would develop this project in the future: not only would the drone be discovered, but the mines would also explode.

But NTUU was created by Vladimir Plita, an 11th grader at the Polytechnic Lyceum of the Kiev Polytechnic Institute. An economic automation system for the removal and disposal of landmines from areas, Used by the general public.

The inventor explained to himself that the robot complex was created to exploit large lands, fields and agricultural lands where food is grown.

“The complex is equipped with a troll that neutralizes individual anti-mines, after which it collects their fragments with a powerful electromagnet,” Plita said.

In addition, the forum provided new opportunities for the protection of armored vehicles and a cyber crime detection website with reliable protection against cyber attacks.

Note that this event took place on August 12 at the National Technical University of “KPI” named after Igor Sikorsky. State concern “Ukroporonbrom” became its organizer and one of the main participants. The main topic of the current event is the prospects for the development of the defense sector in Ukraine until 2030.