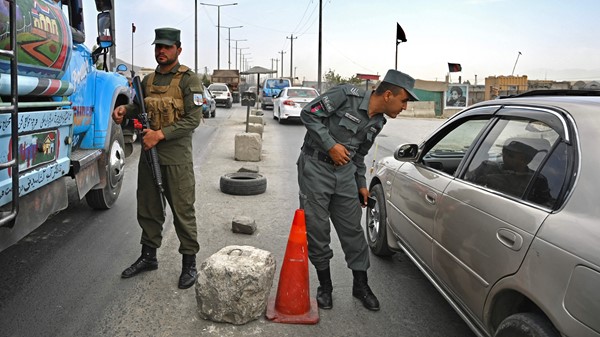 The Taliban captured the capitals of two other provinces in Afghanistan on Saturday, local officials confirmed, one of which represents the last stronghold of the government in the north.
On Saturday, the Taliban captured the northern stronghold of the Afghan government, Masar-e-Sharif, a local official said.
“(The Taliban) took Masar-e-Sharif,” said Afzal Hadid, head of the local council in Balkh province, adding that the city appears to have collapsed without fighting.
The soldiers left their equipment and headed for the border crossing with Uzbekistan.
“All security forces have left the city of Mazar,” he said, although sporadic clashes continued in an area near the city center.
Two members of the local council in Kunar state, government officials and security forces confirmed the evacuation after capturing the eastern state capital, Azadabad.
One of the members said the mediators were used to prevent civilian casualties and destruction of public facilities.
Meanwhile, Afghan President Ashraf Ghani on Saturday promised to “remove” government forces today, while the Taliban movement is advancing towards the suburbs of the capital, Kabul.
“The removal of our security and defense forces is our priority,” Connie said. He said the government was “making rapid progress” with political officials and international partners to find “a political solution that guarantees peace and stability to the people of Afghanistan.”
Within eight days, the Taliban were able to control much of northern, western and southern Afghanistan. It now controls the capitals of a large number of states.

See also  A dog bought on Facebook has killed a woman's brother and cut off both legs after biting her husband.