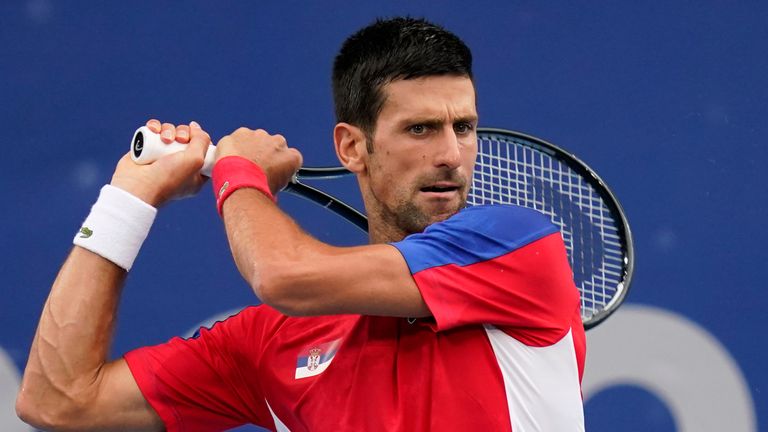 With the chance of a clean sweep of all four Grand Slam titles in 2021, Novak Djokovic has pulled out of the Western & Southern Open to be as fresh as possible for the US Open.

With the Australian Open, French Open and Wimbledon titles all in the bag this season, the Serbian star is doing everything possible to make sure he triumphs at Flushing Meadows.

There’s little surprise to see Djokovic as the favourite in the US Open 2021 tennis odds considering what the world number one has been able to achieve this year. Grand Slam wins in Melbourne, Paris and Wimbledon have helped Djokovic join Rafael Nadal and Roger Federer on 20 major titles respectively.

While confidence in the Djokovic camp will be sky-high, at 34 years old, the veteran has been keen to manage his commitments through the year. Missing the Western & Southern Open should give Djokovic the time needed to recover after his efforts at the Tokyo Olympics. The Belgrade-born star was a more than frustrated figure as he lost his bronze medal match to Pablo Carreno Busta in Japan’s capital. Subsequently, a shoulder injury forced him out of the mixed doubles event in Tokyo. Making sure that shoulder is as close to 100 percent as possible for the final Grand Slam of the year is clearly the focus for Djokovic and his team, as he looks to edge ahead of Nadal and Federer in the major title standings.

No Guarantees at Flushing Meadows

While Djokovic will have plenty of backers for the US Open, the three-time champion is by no means guaranteed the title in New York. Alexander Zverev and Busta both got the better of him at the Olympics, showing the man is human after all. It took a monumental effort to recover from the rigours of the French Open on clay, to then win on Wimbledon’s grass courts with such a short break in between earlier this summer.

See also  Work on Hammersmith Bridge: The Brightness of Hope in London

Some will question whether committing to the Olympics was the right course of action and whether Djokovic could run out of steam at this latter stage of the season. Djokovic has made a career out of proving his doubters wrong, and the experienced player would love nothing more than to put to bed any notion of fatigue.

The US Open has thrown up four different winners in the last five tournaments, with Djokovic claiming his last title at Flushing Meadows in 2018. New York has experienced extremely hot weather conditions in August and that will play a big role in the upcoming major. The US Open has already been a somewhat unpredictable tournament, and the added temperature factor makes the contest even more intriguing.

If there is anyone who can stand the heat it’s Djokovic, and it seems like the Serb will take some stopping to be denied a historic 2021 Grand Slam clean sweep.