Home Science Researchers: Drought and heat waves are more common in the future 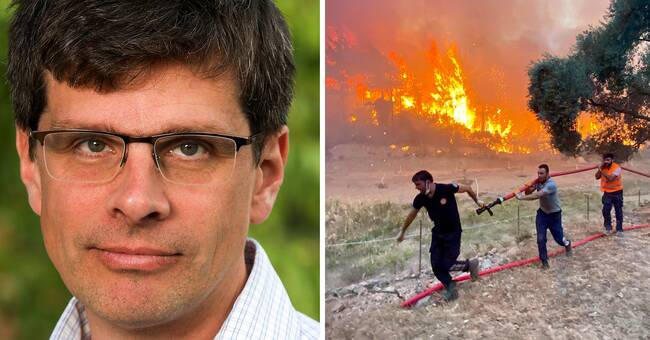 Extreme heat is currently affecting many countries in southern Europe and Turkey and has caused major wildfires in Greece, Italy and Turkey.

In 2020, a new temperature record was broken in Europe, with temperatures above 1.6 degrees above normal, according to data from the European climate system Copernicus.

Eric Kelstrom, a climate professor at SMHI, believes one can see how temperatures in Europe have risen steadily over the past 50 years. Weather conditions for wildfires have also increased as the climate has become drier and warmer.

– In summer, it is very common with severe heat waves. Many temperature records have been broken, and it has become hotter in relation to these heat waves, he says.

However, the effects of climate change may seem different depending on where one is in Europe.

According to Kjellström, Sweden’s climate is warmer in all seasons, but above all the effects are visible at the beginning and end of winter. Southern Europe is particularly vulnerable when exposed to drought.

– But in northern Europe and Sweden, we have also seen prolonged heat waves in recent times. This is something we expect in the future with strong high pressure conditions, says Eric Gellstrom.

He sees a situation in the future where climate change will have an increasingly far-reaching effect on Europe.

– We will continue to see the problems of heat waves and droughts in summers and there will be more rain and sleet when it rains. Eric Gellstrom says these problems increase when it gets hot.