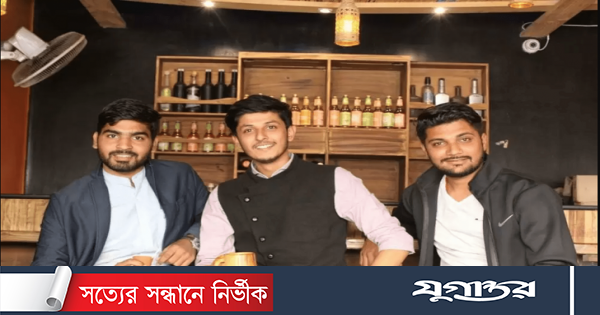 After graduation, three friends gave him a tea shop without running after work. Initially, everyone thought the trio had made the worst decision. But that bad decision changed their lives. Three friends earn hundreds of crores of rupees a year from small tea shops.

In 2016, three friends Anand, Rahul and Anupam Dube set up a tea shop in Indore, Madhya Pradesh and invested just Rs 3 lakh. In five years, they have traded over Rs 100 crore from 175 outlets. Apart from India, they have branches in Dubai. They said they would soon open branches in Canada and London.

Although the chain store ‘Saye Sutta Bar’ is a tea shop, sandwiches, pasta and noodles are also available here. There are 10 different flavors in tea. However, there is no chance of smoking.

Also in their outlets, tea is served in earthen pots. Anand Nayak, director of ‘Saye Sutta Bar’, said the practice was introduced to help potters.

However, their beginning was not so easy, Anand said. Although he was the son of a farmer’s father, he said he wanted to start a business. He also started a readymade garments business. Unable to use it there, it came to my mind to set up a tea shop.

Meanwhile, ten other middle-class families wanted the boy to be a great civil servant. That is why Anand started studying for a job. But after hearing Anand’s plan, Anupav quit his job preparation and joined him. He started the business beyond the end of his family. He called another friend Rahul. The three friends were able to raise only three lakh rupees. That was the beginning of the first step in today’s billionaire business.