Home Economy Health | Are you forcing employees to be vaccinated? American companies are collapsing 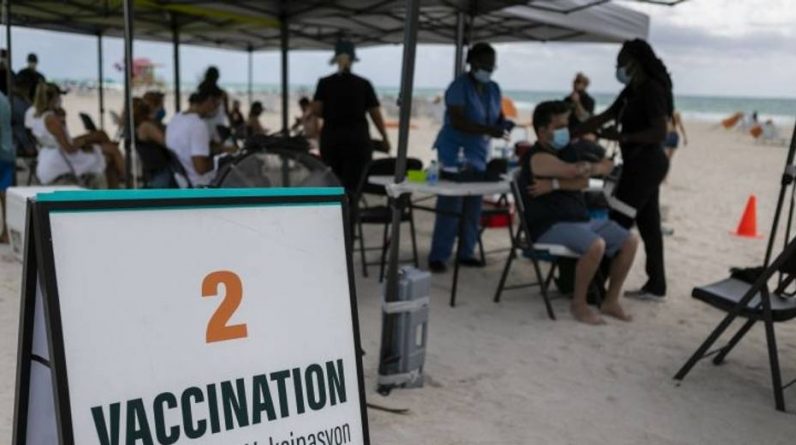 Through butcheries and air traffic from Wall Street to Silicon Valley, more and more American companies are deciding to vaccinate their employees, even if it means firing them.

CNN news channel fired three employees who came to work without being vaccinated against Covid 19 and violated its health policy.

“Let me be clear: we do not have a tolerance policy in this regard,” CNN President Jeff Zucker wrote in a memo tweeted by reporters on Thursday.

Companies are usually reluctant for a long time.

United Airlines boss Scott Kirby said he would consider vaccinating all employees in the United States in January.

He finally asked that 67,000 employees be vaccinated by the end of October.

“We know some of you will not accept this decision,” he wrote in a signed message with the company’s head of public affairs.

“But our biggest responsibility is to keep you safe at work and the facts are clear: everyone is safe when everyone is vaccinated.”

Employers have the right to vaccinate employees who travel to their workplaces, with medical exceptions, according to the U.S. Federal Agency for Enforcement of Discrimination in the Workplace (EEOC) or religious objection.

According to Eric Feldman, a health legal expert at the University of Pennsylvania, he had the right to lay off employees who did not comply with the rules if the terms of the contract were well laid out.

“It is unwise to put yourself at risk without being vaccinated, but putting others at risk is clearly unethical and in many cases illegal,” he notes.

On Wall Street, which has long pushed employees back into the office, investment bank Morgan Stanley and property manager Blackrock noted that only employees who were vaccinated in June will have access to their premises.

In Silicon Valley, Google, Facebook and Microsoft have made similar decisions in recent days.

Meat company Tyson Foods announced on Tuesday for its part that the vaccine will be mandatory for all its employees, in offices and butcheries, by November 1st.

With the eruption of contaminants linked to the delta type, “it is time to take the next step,” said Claudia Coplin, the company’s chief medical officer.

Less than half of Tyson Foods employees have been vaccinated so far, following the country average: the White House announced on Friday that half of the U.S. population is now fully vaccinated.

Peter Capelly, a professor of management at the Warden School, said: “They are waiting to see how many staff will be vaccinated.”

If some companies are reluctant to impose more serum, it is mainly for political reasons: “There are many who now think it is fair to oppose the vaccine, and employers are afraid to fight political opposition”.

Walmart, for example, the country’s largest private employer, has made it mandatory for head office staff, but not for those in supermarkets and warehouses.

But “these stores are mainly in rural areas, where vaccine resistance is most significant,” Mr Capelly notes.

In some sectors, especially when low-wage recruitment is currently difficult, employers do not want to take the risk of dismissing potential employees.

See also  This company will train you to go into space

“We hope we can get out of this mess now,” said Michael Orban of the School of Health Sciences at the University of New Haven. “But it’s not there yet, because a lot of people do not trust this system.”

Now some big companies have cleared the land a bit, while others have to follow suit, he predicts.

But while small companies are struggling to survive, it will be easier in his eyes for the authorities to make the decision to impose the vaccine on everyone, even if regime changes continue to follow.