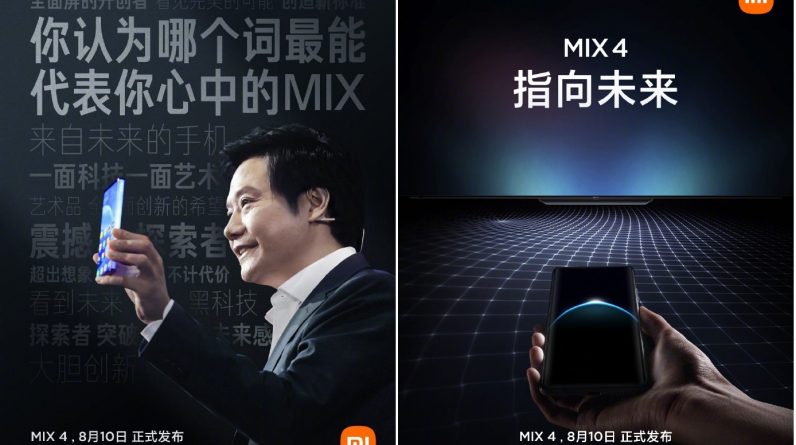 Lee Jun, Founder and CEO of Xiaomi, has released the new teasers of his flagship smartphone Xiaomi Mi Mix 4 on his Weibo page.

In one of them, the head of the company will hold in his hands, presumably, a concept smartphone Xiaomi Mi Mix Alpha, which has never been on sale. The second image, presumably, shows the Xiaomi Mi Mix 4 with a curved screen on the sides. Targeting smartphone TV. Sources believe it will support Ultra-White Band (UWB) technology.

Photos of the alleged retail packaging of the new smartphone Xiaomi Mi Mix have also been posted on the internet. The box is black, and the top surface is inscribed with the Mi-created mix gold letters.

Wang Hua, of the PR division of Xiaomi Group, has already claimed that the photos show fake packaging. In fact, it would be different.

This smartphone will be the first Xiaomi device with a display camera. It features Qualcomm’s flagship Snapdragon 888 Plus SoC and a 4500mAh built-in rechargeable battery that supports 120W fast charging. Wireless charging power ranges from 70 to 80W.

The presentation will take place on August 10th.