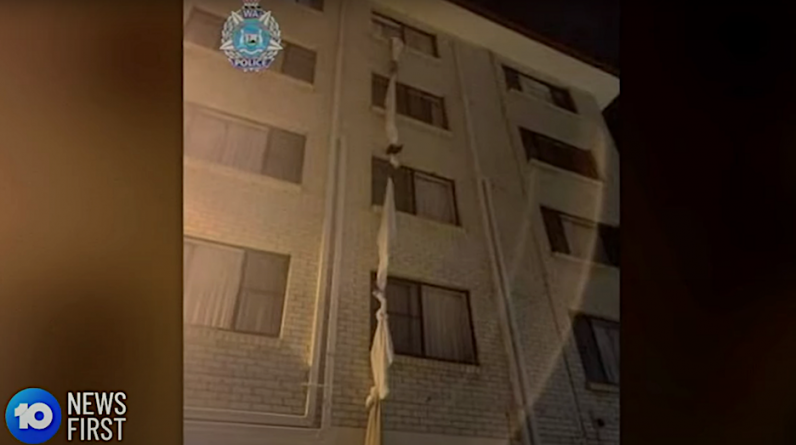 The man was held in solitary confinement at a hotel while waiting to return home because he did not have the necessary documents to enter the country. Using a rope made of sheets, the 39-year-old Australian went down through the window of his hotel room to the fourth floor to escape the imposed isolation. The passenger, who arrived in Western Australia from Brisbane, Queensland on Monday afternoon, July 19, did not meet the requirements for entering the state’s border, which currently has strict border rules, according to a local police statement. He was then ordered to leave the area within 48 hours and placed in an isolated hotel overnight. Different restrictions depending on the state The man, who refused to return to Queensland, fled the hotel after midnight, but was immediately arrested and charged with violating orders and providing false information. Police also said the man had tested negative for Covid 19. The escape comes at a time when Australia is struggling to contain a local epidemic of delta variation discovered on the island on June 16. Now, hundreds of cases are reported each week in New South Wales and a few in neighboring states of Victoria and South Australia. More than half of Australia’s population – 26 million people – is confined to these three states. Elsewhere in the country, restrictions have been imposed on the spread of Covid 19. As for Australia’s borders, they have been closed to almost all foreigners since last year. Authorized persons to enter … Read more at Slate.fr.