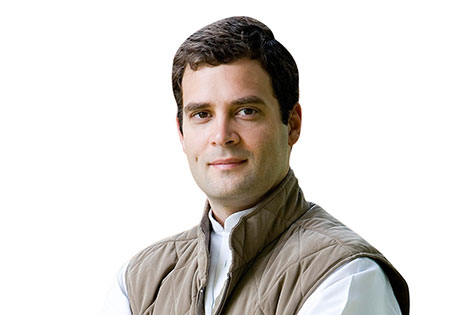 The name of Rahul Gandhi, the leader of the Indian Congress Party, has been placed on the list of double-askers using Pegasus technology. On the other hand, a journalist wrote an investigative report on the business of the son of Union Home Minister Amit Shah. He is also on this list. Fighting is going on all over India. The list includes the names of 40 journalists. Pegasus, a hacking software developed by an NSO team in Israel, allows listening on the phones of suspicious or targeted individuals. Pegasuska was the country’s talk in India all day yesterday. This is because a lot of important information about Raghav Pol may come out in this work. At least 50,000 phone numbers from around the world have been hacked using this technology. They include heads of state, prime ministers, politicians, ambassadors, human rights activists and the media. In India alone, at least 300 politicians, journalists, rights activists and scientists have been named. They are monitored using that technology. The leaked information is being researched by 14 news organizations, including the Washington Post, the Guardian in London and La Monte in France. For this they have formed a federation. According to their report, dictatorial governments in various countries have bought Pegasus software from the Israeli company NSO Group. Although it is considered to be used against terrorists and heinous criminals, in most cases it has been used to track the phone calls of rights activists, journalists, lawyers and politicians. The Government of India has denied the allegations.
According to the Guardian, two phone numbers of Rahul Gandhi have been placed on a possible watch list before the 2019 elections. It has nothing to do with politics. But Rahul’s friends on social media – the phone numbers of five such people are also on the list. The list also includes election strategist Prashant Kishore, Trinamool All India General Secretary Abhishek Banerjee and India’s new IT Minister Aswini Vishnu. Several opposition leaders have demanded the government’s explanation for the Pegasus scandal in the Indian parliament, which begins on Monday.
In a tweet mocking the Modi government, Rahul Gandhi wrote, “We know what he has been reading lately.” Sees everything on your phone. “The surveillance you are talking about is against me. It is illegal and cruel for any opposition leader or any citizen to abide by Indian law,” Rahul told the Guardian. If your information is correct, the level and purpose of the surveillance you speak of is not only an attack on one’s personal privacy, it is an attack on the entire democratic system of our country. This must be investigated and those behind it must be identified and brought to justice.