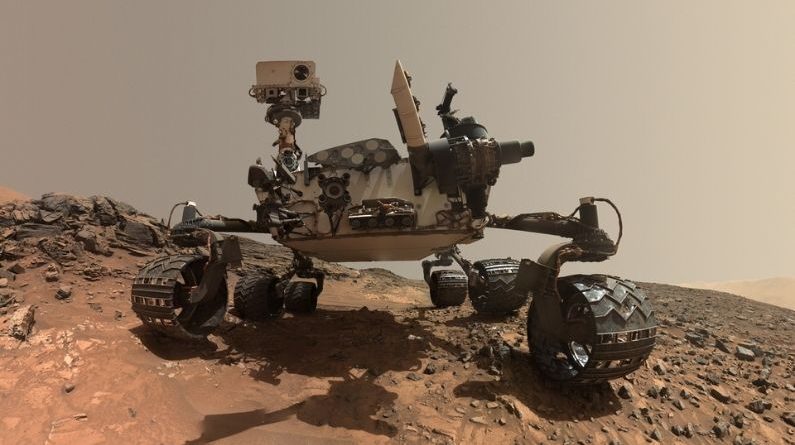 NASA’s Curiosity rover has detected methane gas on Mars. It may be a symbol of life on the planet.

Scientists have found evidence of life on Mars. A team of scientists has discovered the exact location of a place on Mars where this mysterious methane gas comes out. This gas is often produced by microorganisms. The thing to note here is that the US space agency NASA’s Curiosity rover is next to it. Since the rover landed on Mars’ Gale crater in 2012, its detection system has detected methane gas six times.

However, scientists have not yet been able to trace its origin. But now scientists have discovered the source of methane gas through a new analysis. To find an unknown source of methane, researchers at the California Institute of Technology split the methane gas particles into separate packets. To find the direction of the methane gas, the speed and direction of the wind on the planet at that time were observed. In this way, the team periodically detected methane at their emission points. In this way he discovered areas with high sources of methane. One of them was a few miles from the rover.

Signs of life can be seen from methane on Mars

The researchers wrote in their research paper that the results indicate that there is an active emission zone southwest of the Curiosity rover at the western and northwestern crater sites. It may be a coincidence that we chose a landing site for Curiosity, located next to the active methane emission site. The possibility of methane thrilling scientists. According to researchers, all methane in the Earth’s atmosphere is produced from biological sources. In such a situation, there may be evidence that life exists on Mars as well.

The methane source can be covered with dust

Although methane is produced by non-biological processes, it also points to the presence of liquid water and the associated geological activity. Before or after this liquid water may have been an important component for the development of life. Professor John Moore, a planetary scientist at York University in Toronto, says methane could be leaking from somewhere on the surface of Mars. It may be covered with dust and it is almost impossible to find. However, we still do not know whether methane is produced only by small organisms. The lifespan of methane is 330 years. After this it is completely destroyed by sunlight.

Also read: Why are the planets, stars and moons exactly circular, but not comets? Find out what is behind this