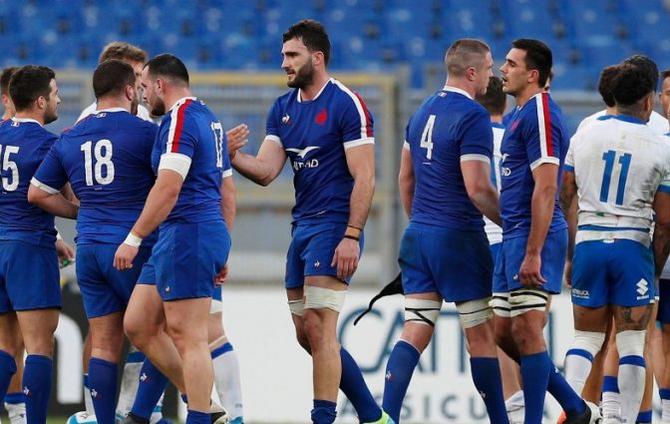 Seven changes to the beautiful, first to Antoine Hustai. Four days after the Blues won a historic victory (28-26) against Australia in the lands of the Wallabies, where the Hubs had not won for 31 years, the ten men who started the tour in Australia were out of breath (23-21) against the same Australian team. France XV will be shown on Saturday (12:00 noon. KST) with a significantly modified opening XV for the third Test of the tour. For this third meeting, Fabian Kaltik has decided to make seven changes compared to his starting lineup last Wednesday. At the center, Pierre-Louis Parasi will replace Jonathan Tandy, who, as in the front row, will allow Enzo Forletta and Sibyl Falatia Jean-Baptiste Cross and Wilfried Hounkatin to take office on this historic July 13th. Romain Taofifenua will also begin this last test. The reward for the best entry into the game is sending second-seeded Pierre-Henry Asoko to the bench alongside Alexandre Pekokni and Julian Herito. If they come into operation, the third line of Montpellier and the center of Doolon will celebrate their first choice.

Yours #XVdeFrance For the final of the Test-series in Australia!

Antoine Hustai, he does not need to wait. For his first cap, the starting player will start from Powell instead of Louis Carbone, Who started the first two meetings. “He showed us his ability to get on the team and bring his qualities as a facilitator, a bowler back and forth to the defense. We are looking for a player who is compatible with this type of playmaker who is looking for these places,” Kaltik said on Thursday of training sessions. While fainted by Bayon’s native services. Another change was about the third row, where Dylan Greedin was favored by Ibrahim Diallo. Finally, on the wing, Cabin Villier, suffering from a sprained ankle, logically leads the wing to Teddy Thomas. For the likes of Florent Vanverberg, Romain Bros., Kerwis Cardin, Etienne Forgot, Patrick Sobella, Clovis Le Bale, Joris Seconds, Danny Wiley and Oliveretti Raga, they will all return to France without playing a single second. Horrible, especially since Saturday. , Six players (Zaminet, last Wednesday’s Victory Hero, Benoit, Vincent, Coolwood, Jellonch and Barlot) will continue their third match.