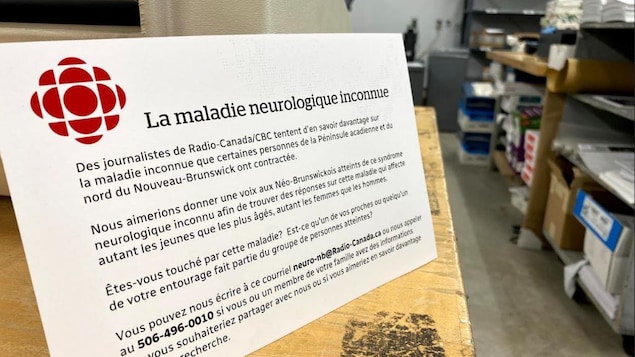 Radio-Canada and CBC journalists try to reach as many people as possible Neurological disease of unknown origin It affects at least 48 people and has so far killed 6 in New Brunswick.

Symptoms of sufferers include, among other things, memory impairment, muscle cramps, pain in the arms and legs, balance and vision problems, and sometimes hallucinations, severe weight loss and behavioral changes.

Health officials do not know what causes these symptoms, but among others, look at the hypothesis of environmental causes.

Health Minister Dorothy Shepard told a news conference that the public would not be able to get further information until the ongoing study on public health was completed.

Meanwhile, Radio-Canada and CBC Citizens’ concerns have been heard, and they believe it is important to continue to investigate the effects of the disease and how the province handles the file.

It is not a medical investigation, but an act to expose the facts and document the stories of the families of the victims. The information collected may be disseminated as part of reports related to the broadcast. Investigation And Fifth Estate.

Anyone with unknown neurological disorders, their families, or anyone with questions about the activities of the public broadcaster in this investigation are invited to join Radio-Canada and the press CBC Works there by sending an email to [email protected] (New window) Or by calling 506 496-0010.

See also  A Chinese satellite captures the brightest comet of the year with an aurora and a meteor shower (photo, video)