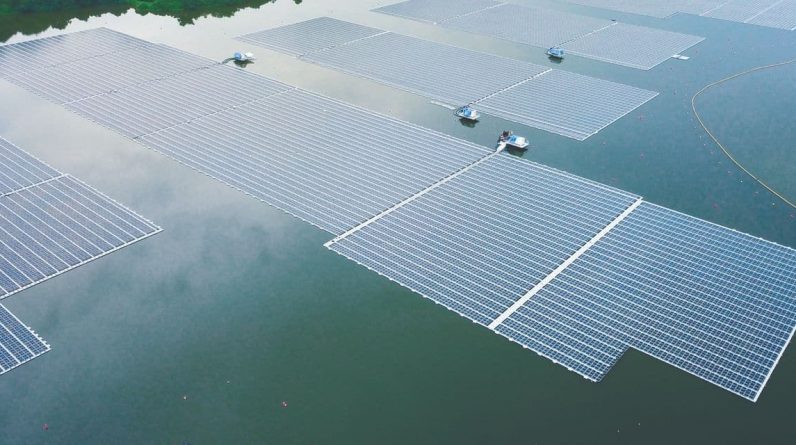 A total of 122,000 solar panels have been installed in the Coconut Water Reservoir. They should be able to generate enough electricity for Singapore’s five water treatment plants.

The city is one of the largest emitters of greenhouse gases in Asia. The small amount of land available makes it a challenge to implement renewable energy projects. Hence the solution for installing power plants on the coast or in its water reservoirs.

The floating solar power plant will be able to generate 60 megawatts of electricity and reduce carbon dioxide emissions equivalent to carrying 7,000 cars off the road, according to PUB, a Sembcorp Industries and Singapore water management company.

Singapore has developed solar farms and others land on the Johor Strait that separates Singapore from the Malaysian Peninsula. The city-state, which is threatened by rising water levels due to climate change, is well aware of the urgency of reducing CO2 emissions, but visitors so far fear its efforts.

The Singapore government released a “green plan” in February, which plans to plant trees, reduce the amount of waste sent to landfills and increase the number of recharge stations for electric cars.

Despite the desire to green, it is difficult for the city-government to overcome its dependence on natural gas, which provides 95% of the electricity and reduces its emissions without harming the refining and petrochemical sectors.

Red Konstantino, managing director of the Philippines-based Climate and Sustainable Cities Institute, said in March that solar farm projects would not be enough without greater commitment to reducing emissions.

Singapore has promised to halve its 2030 emissions by 2050 and then reach the zero emission target “as soon as possible”. These goals lag far behind other developed economies, and Climate Action Tracker, an independent rating agency, called them “not quite enough.”