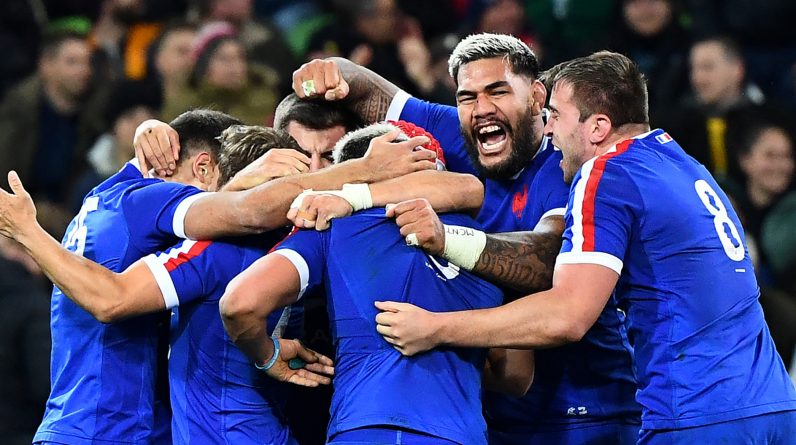 France’s historic victory in Australia! The Blues, who were reduced to one team due to the lack of multiple executives, managed the performance of knocking down the Wallabies (28-26) on their soil for the first time in Melbourne on Tuesday since 1990. Passing very close to the record in Brisbane last Wednesday, Fabian Chaldean’s men made a regrettable mistake at the end of the game, giving the Australians a chance to turn the situation around and win this first Test (23-21).

This time, they did not fail, thanks to an opportunistic effort by winger Damien Bennett and the accuracy in front of the poles of player Melvin Zaminet (8/8) who played in the second division this season! They will play against two-time world champions (1991, 1999) on a “beautiful” Saturday in Brisbane.

In front of the audience of Amy Park, the French were still in the lead. Metronome’s regularity ahead of Zaminet’s (4/4 in the first period) positions and Benat’s test allowed him to take a ten-point (16-6) lead over the course of the game. One of the most important walleyes with her sharp runs, winger Marika Corybet, for her partner Tom Wright’s perspective, after seeking the video, was denied the attempt. But the Australians, who are more structured in their game than last week, were able to reduce the score just before the break (16-13) thanks to a good build from right to left, with their scrum half Jack Gordon.

Dave Rennie’s men came back to the score from the locker room to thank Lolesio for the start. But the Blues, more disciplined than last week, took the lead in the attack and fight, pushing Wallaby back into the field. Zaminet, again, allowed the French to take nine steps (25-16) within twenty minutes of the siren. But Australian captain Michael Hooper brought his team a second attempt within ten minutes of time and showed rebellion. Lolesio then allowed his team to take advantage of a penalty (26-28) for the first time. The final penalty for the Frenchman, who was involved in the French defeat last week, was awarded to the Blues.