Home Science How does this arise and how does it affect the global climate? What you need to know about sandstorms | The world 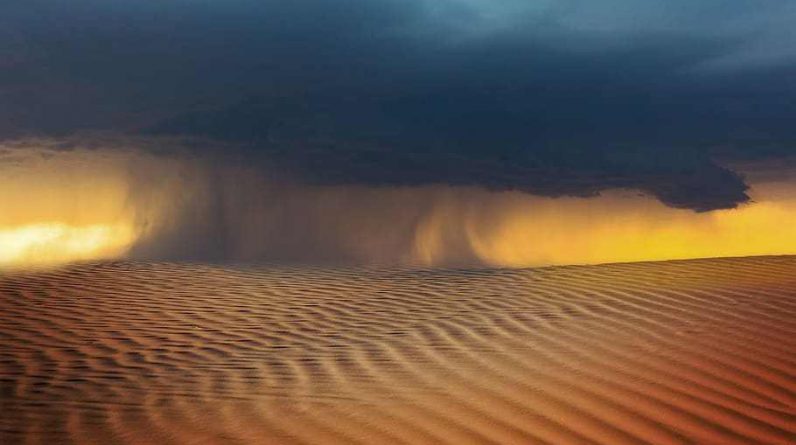 Natural processes and human activities are pushing the Earth towards the minimum dust level as the climate warms.

Following a dust storm from the desert, it is common in the summer for your car to be covered in a thin layer of white or yellow dust. How do these storms form? How does it go thousands of kilometers from the Sahara to its origin to reach northern Europe, the American continent and sometimes the North Pole?

Dust storms are formed when strong winds blow on soils made of “corrosive” materials that are sensitive to air erosion. This phenomenon is most common in vast desert areas such as the Sahara, which covers an area of ​​more than 9 million square kilometers, and the amount of dust it emits into the atmosphere each year exceeds 60 million tons.

What is dust made of?

Contrary to many people’s beliefs, long-distance flying in the desert is not a well-known large sand grain. These grains are relatively heavy, a few centimeters to a few meters from the surface by the wind before they fall back to earth. Its fall breaks the soil and sand grains in the ground into small pieces.

This process is called sand jumping, and it produces lighter grains ranging in size from 100 nanometers to 70 micrometers, which rise rapidly in the atmosphere, but descend very slowly due to the force of gravity or descend by raindrops. After lifting, the dust can be suspended in the air for several days and then travel thousands of kilometers with the wind to reach the poles.

Chemically, analysis of desert dust samples in 2005 showed significant percentages of silicates (about two-thirds) in dust particles, as well as low percentages of sulfate, quartz, calcium, iron, and other minerals.

How do storms form and how are they affected?

Summer weather conditions in the Sahara are affected by humidity from the Gulf of Guinea associated with the African monsoon.

The sudden difference in air density between hot and cold regions leads to very strong winds, which elevate desert dust into the upper atmosphere.

The large amount of dust that forms in the desert plays an important role in the global climate because it alters the Earth’s energy balance by reflecting and absorbing sunlight and infrared rays. Absorption of light heats the air to a higher temperature where the dust is, thus altering the air circulation.

As a major source of minerals that are beneficial to marine and terrestrial ecosystems, desert dust storms have great benefits when they land on the ground, but in return they lead to a sharp decline in air quality and visibility in the areas they pass through, especially in North Africa, after the increase in respiratory diseases. Can significantly affect health.

How are storms affected by global warming?

Although dust transport has increased since the end of the African wet era about 5,000 years ago, a team of NASA researchers has found that natural processes and human activities are moving the Earth to a minimum as the climate warms.

Ocean surface temperature directly affects wind speed, so when the North Atlantic is warmer than the south, the wind carrying dust from east to west weakens. As a result, slower winds will pick up less desert dust.

The removal of dust from the sky over the Atlantic Ocean leads to more sunlight and heat reaching, resulting in an increase in its temperature, thus increasing warming.

Researchers expect desert dust activity to decrease by at least 30% over current levels over the next 20 to 50 years as a result of global warming.