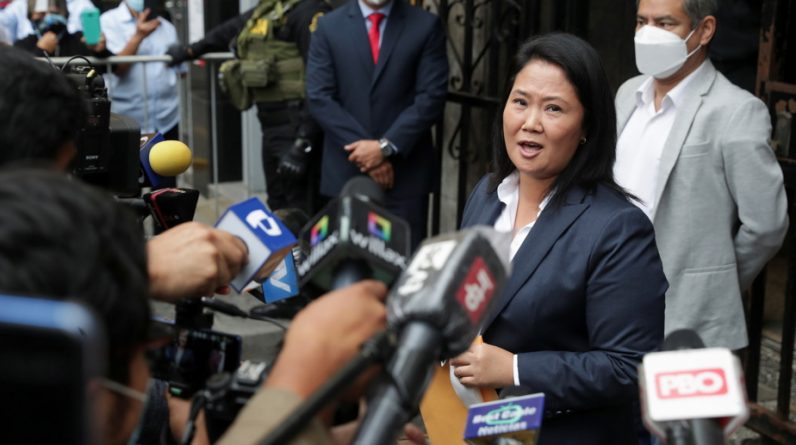 (Lima) Peru’s right – wing presidential candidate Keiko Fujimori will not recognize the victory of his left – wing rival Point Pedro Castillo on Saturday if the election tribunal declares him the winner of the June 6 vote.


“In a few hours or days, we say they will approve of electoral fraud and we will tell ourselves that we are not going to accept it,” he told a rally in Lima. The National Electoral Arbitration Council (JNE) is always investigating possible frauds in this presidential ballot before announcing the result. The announcement could take place next week.

Mr. Castillo won the final results of this election, but not yet officially.

“We have seen many complaints of abuse in the last few weeks and they want to force us to announce a decision,” he said.Me Fujimori denounces “fraud” without providing evidence. The Organization of American States (OAS) election observers, for their part, said there was no fraud in the election.

The new president is due to take office on July 28.

Meanwhile, supporters of both camps, the far left against the populist right, are camping in Lima to “defend” their votes.