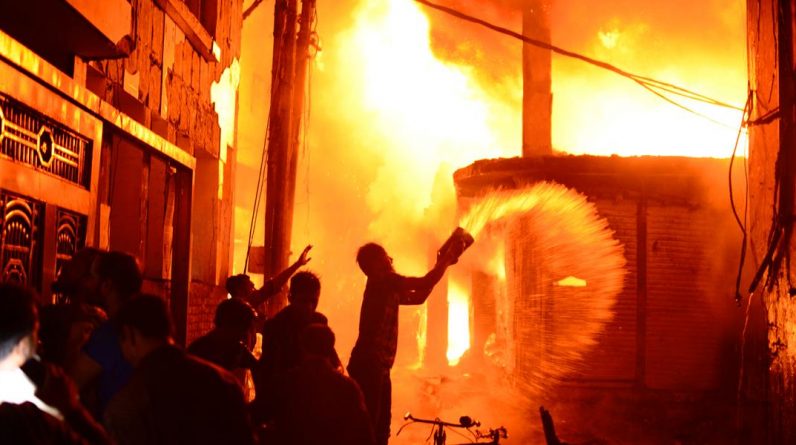 It is not yet clear if people are still inside the building. Several inmates are said to have jumped out of windows to escape the fire.

Hundreds of interested relatives who had gathered outside the food factory feared that many would not be able to leave. One of them is Nasrul Islam:

– We came here because I could not access my nephew on the phone. Now the signals are not moving. We care, he says.

The fire, which broke out at a six-storey factory located in the industrial area of ​​Rupaganj outside the capital Dhaka, erupted overnight until Swedish time on Friday. In the morning it was still going on.

Police say they do not know how many workers are missing. At least 25 people must have been rescued from the roof of the building.

– When the fire is under control we can start a search and rescue operation. “We can confirm if there are more deaths,” said Debashish Burden, a spokesman for the fire department.

Dhaka Fire Chief Dinu Moni Sharma said the fire at the food factory was caused by large amounts of chemicals and plastic products being stored inside the factory.

Mohammad Saiful, one of the workers who managed to leave, said “dozens” of colleagues were trapped inside the factory.

– I don’t know what happened to them, he says.

Fire is not uncommon in Bangladesh, which has major safety deficiencies in many industries. In February 2019, 70 people died in a fire that broke out in Dhaka that started in an apartment complex where chemicals were illegally stored.