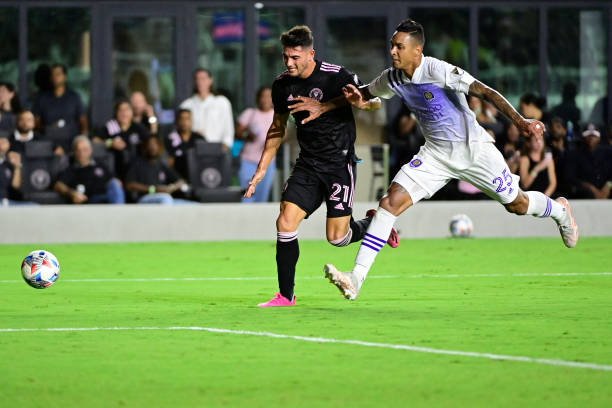 The MLS has probably never had a franchise with as much expectation to shoulder before. Only the LA Galaxy can argue they belong in the same category as Inter Miami, and what’s the link between the two clubs? David Beckham. The co-owner not only helped boost the appeal of the US’ biggest soccer brand but he’s continued to invest in the league. As a result, fans, pundits, and former players all expect his plans to bear fruit sooner rather than later. Currently, this doesn’t look to be the case after five straight defeats. So, what’s wrong with Inter Miami?

When Phil Neville replaced Diego Alonso as the head coach, the supporters assumed big changes would happen quickly. If anything, the same issues are visible on the pitch, with some fans suggesting that the few positives established under Alonso also look to be disappearing. A prime example is the team’s inability to score from set pieces. This was the case last season, too, yet the problem seems to be getting worse since the Herons have only scored once from a set-piece this year. That was in Week 2, which was nine games ago. Seeing as the attacking qualities of Inter Miami are disputed (more on that later), it’s imperative for Neville’s men to pile on the pressure from freekicks and corners.

Unfortunately for Herons fans, recent performances from the squad have indicated that this isn’t the case. European football betting odds see the Herons are +8000 to win the competition outright. There’s scope for the odds to plummet even further and uncertainty about whether the team has what it takes to turn their game around.

A Toothless Attack and a Disjointed Defense

When your defense is tight, you can get away with not scoring many goals. When it’s leaking like a rusty faucet, you’re in trouble, especially when the offense is toothless. As soon as you watch Inter in possession, it’s easy to see that the different sections of the team aren’t in sync. While Neville plays with two pivots in midfield, they like to get involved higher up the pitch. That means no players are protecting the back four. As a result, the midfield spaces are there for opposing teams to exploit and launch counterattacks.

Just to make things worse, Inter has only managed to hit the net nine times in 11 matches because Gonzalo Higuain and Rodolfo Pizarro barely start games or play for longer than 30 minutes. The standard of the MLS has shocked the former, but he still has qualities the side needs to break their five-game duck. That’s why he’s +1600 to finish as the division’s top goal scorer.

No Recourse for Change

Most soccer clubs batten down the hatches when they hit rock bottom until a transfer window rolls around. For Inter Miami, this option is up in smoke after they’ve been hit with a fine for the Blaise Matuidi affair. Beckham himself wasn’t culpable, yet his franchise will suffer for at least two seasons. That’s because the club’s allocation dollars for 2022 and 2023 will be reduced to $2,271,500. Therefore, the management will have even smaller transfer and salary caps to contend with when they try to rectify the situation.

At the moment, the best players won’t leave Europe unless the money is right. With Higuain and Pizarro on lucrative contracts, that will be tough due to the size of the fine. The MLS will be hoping that the team bucks up its ideas. However, it doesn’t appear as if it will happen any time soon.