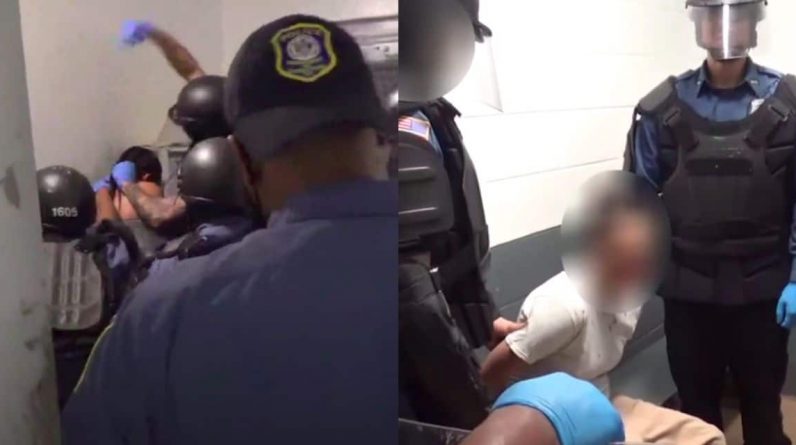 Last June, the Governor of New Jersey (USA) announced that the Edna Grand Prison, the state’s only women’s prison, would close its doors. He actually got the results of the report that he had abused prisoners.

This Tuesday, CNN released pictures of the facts, where we see officers attacking women in their cells. The video, which is the result of a series of multiple shots, clearly shows the authorities abusing prisoners. It happened on the night of January 11, when prison guards planned to cross all the cells. In pictures taken from the bodycam and surveillance cameras, we see officers’ troops, in riot gear, entering a prisoner’s cell, shaking her and screaming before beating her. In another area, several officers spray-painted other women with pepper spray. One of the detainees had his arm broken and another was beaten 28 times, the report said.

Following this investigation into prison abuse, ten officers have been charged with aggravated assault, but the files are false because many of them also presented false accounts of facts.