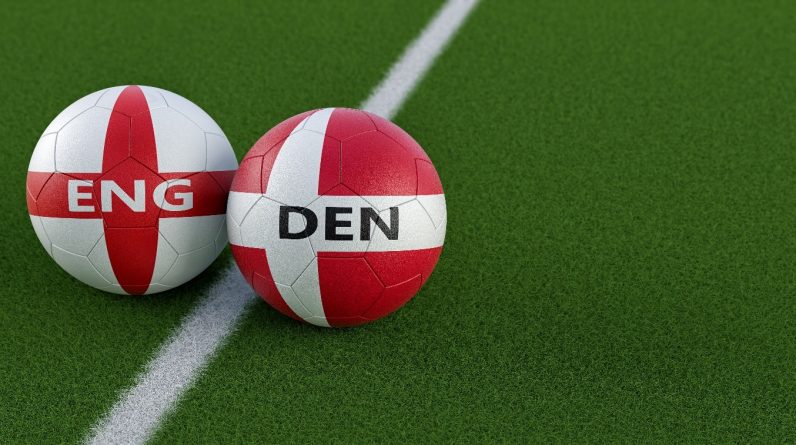 When England knocked Germany out of Euro 2020 in the round of 16, the general consensus was that Gareth Southgate’s men would go all the way to the final at Wembley on July 11th.

In breezing past Ukraine in the quarter-finals, with a 4-0 victory at the Stadio Olimpico in Rome on Saturday night, phase one of the process is complete, and now only surprise semi-finalists Denmark stand in the way of their first major final since winning the 1966 World Cup.

It’s no surprise that the Three Lions are the odds-on favourites in the England v Denmark betting. However, with at least 90 minutes of football still to play, you cannot discount Kasper Hjulmand’s side that easily, as the fierce Nordic side certainly will not go down without a fight!

Ahead of the nail-biting encounter on Wednesday night, let’s take a look at some of the key battles where this game could be won or lost. Read on to find out more!

England may be the favourites in the EUROs winner odds, but that won’t faze Denmark’s Simon Kjær. The AC Milan defender received praise for the manner in which he dealt with Christian Eriksen’s sudden collapse in Denmark’s opener against Finland, and his performances on the pitch since haven’t gone unnoticed either. Now one of the favourites to be named the Player of the Tournament, Kjær’s toughest task yet will be keeping Harry Kane at bay.

By his standards, Kane started the tournament incredibly slowly, failing to score in the group stage. However, three goals in two games have followed and he will more than be up for this game. Likely to play three at back, Kjær will have enough cover to focus solely on Kane, and that could make it a tough night for the Tottenham Hotspur striker.

Chelsea’s Mason Mount going head-to-head with Tottenham’s Pierre-Emile Højbjerg should make for a thrilling contest in the middle of the park. Due to contact with Billy Gilmour, who later returned a positive covid-19 test, Mount was forced to self-isolate after England’s goalless draw with Scotland, meaning he missed the 1-0 victory over the Czech Republic and could only make the bench against Germany. However, he was back in the starting XI for the Ukraine game, assisting Jordan Henderson for his first international goal, and he could prove a handful for Højbjerg.

Højbjerg has been given some rare attacking freedom by Hjulmand so far in this competition, and has been the unlikely provider of goals for Denmark. But with Mount in England’s midfield, the 25-year-old will likely be restored to his usual defensive duties and there’s no doubt he will be out to make it a difficult night for Mount, and he will probably leave his mark on the 22-year-old at every given opportunity as well.

Amazingly, England are yet to concede a goal at this tournament. Germany have perhaps come the closest, with efforts from Kai Havertz and Timo Werner testing Jordan Pickford, whilst Thomas Müller infamously fired wide when through on goal. It’s fair to say, therefore, that Kasper Dolberg will have his work cut out if he wants to add to his tally. Like Kane, the 23-year-old has three goals in his last two games, and with form like that, he will be hungry for more at Wembley.

See also  Retired Marine General John Allen: Trump's threats of military force may be 'the beginning of the end of the American experiment'

However, with all due respect, England are a completely different kettle of fish to Wales and the Czech Republic, and Dolberg’s task of scoring will be made all the harder with the presence of Harry Maguire at the back. England looked a tad rocky in the absence of the Manchester United defender, and at times Tyrone Mings was arguably carried through games against lesser opposition by the players around him. Maguire needs no such assistance, and it would be so surprise to see him and the England defence keep Dolberg and co out.