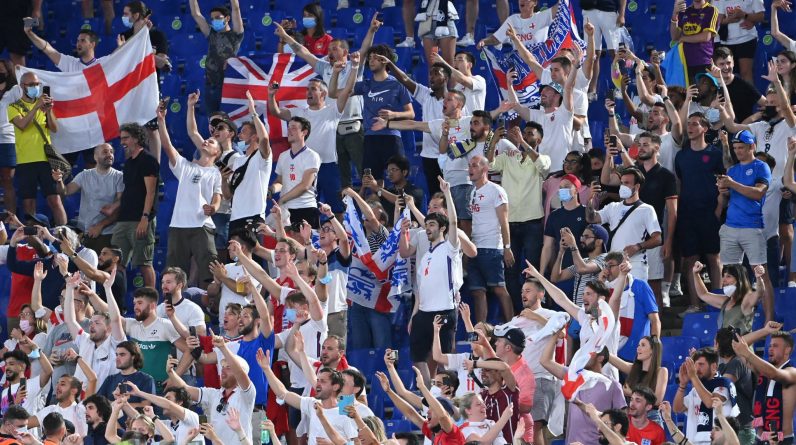 Hundreds of English fans celebrated the three Lions qualifier for the Euro 2021 semi-finals on the streets of London, which led to clashes with police. Two policemen were injured.

Happy views… and chaos in London from Saturday to Sunday night. If England had won the semi-final ticket to Euro 2021 (4-0) in Rome after a quiet victory over Ukraine, the qualification would have been celebrated on the London side as well. Hundreds of three Lions fans spontaneously took to the streets of the English capital to celebrate the victory of Gareth Southgate’s players. But the situation quickly slipped out of hand. As announced Daily Mail It is based on several videos of clashes between supporters in several parts of London, especially on the streets of Leicester Square.

Two police officers were injured and nine were arrested

Police struggled to disperse the fans before the night returned quietly. Two police officers were injured during the clashes. According to Sky Sports, Police made nine arrests. The three men arrested are suspected of assaulting a police officer, and four are suspected of disturbing public order. “We want people to enjoy the euro safely,” said Jane Connors, one of the UK’s law enforcement officials. We will continue to take action to ensure public safety and respond effectively to any incident. “London and Wembley Stadium will host two semi-finals on Wednesday evening, including England-Denmark, and the final on Sunday.

See also  In London, the first rating after the reopening of the terraces