Home Top News “Pirates Of The Caribbean 6” Is Pressing Ahead 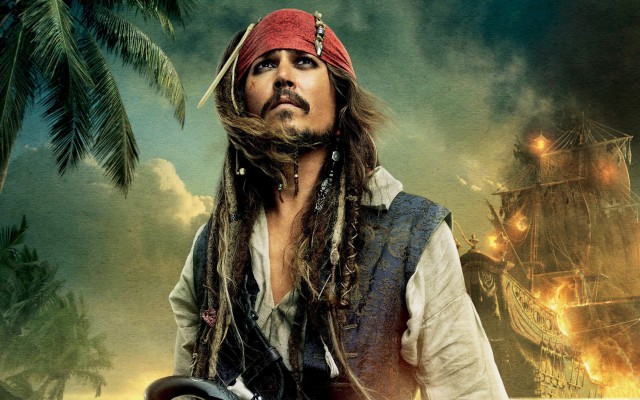 The long-running “Pirates of the Caribbean” movie series is not over. It might never be over. Blockbuster movies take years to make in the modern age, so a five-year gap between instalments in a franchise isn’t unusual. Five years is precisely how long it’s been since the release of “Pirates of the Caribbean: Salazar’s Revenge,” the fifth sequential “Pirates of the Caribbean” movie. It’s the unfortunate holder of a one-star rating at Rotten Tomatoes, but that doesn’t bother Disney. It made just under eight hundred million dollars at the box office against a budget of around $250m, making the film an absolute success from a financial point of view. That made a sequel all-but-inevitable, even though the fifth film seemed to wrap up the long-running tale.

The more expensive it becomes to make a film, the more likely it is that studios will stick close to what they know will sell. It makes no sense to risk $200m on an unknown property when you have “Pirates of the Caribbean” as an intellectual property to make money from. The films have made billions of dollars, and millions more have been made from licensed products like video games. Check out an online slots website like Rose Slots Canada, and you’ll see that it’s not even necessary to have an official licence to make money from the franchise. Online slots with names like “Pirates of the Mediterranean” and “Pirates of Plunder Bay” use imagery that’s heavily influenced by “Pirates of the Caribbean” to their advantage, tempting players into spending money. If that’s a profitable enterprise for online slots companies willing to risk their necks on copyright issues, it must be akin to a license to print money for Disney.

See also  CARAL, the oldest city in the United States

Considering all of the above, it shouldn’t come as a surprise to anybody that the sixth “Pirates of the Caribbean” film is up and running at Disney. Filming hasn’t begun yet, but the as-yet-untitled movie has been described as being “in development.” That means a budget has been allocated, pre-production has begun, and there might even be a finished script – although that’s probably unlikely. After confirming their involvement in 2018, Paul Wernick and Rhett Reese dropped out as co-writers in 2019. Ted Elliott and Craig Mazin were brought in to replace them. Mazin is an unusual choice for a lighthearted film, having found fame as the writer of the extremely bleak TV mini-series “Chernobyl,” but Elliott’s name should be familiar to “Pirates” fans. He was involved in the very first film back in 2003.

While we don’t know whether or not the film has a script yet, we do know it has a director – and again, the name is a familiar one. Joachim Ronning worked with Epsen Sandberg as the director of “Pirates of the Caribbean: Salazar’s Revenge,” but this time around he’ll assume all the directorial responsibilities himself. His job might be a difficult one. The franchise will probably be twenty years old by the time the film is released, and the young fans who fell in love with the first instalment are now full-grown adults. Some of them are approaching middle age. Instead of appealing specifically to them, it’s thought that Disney wants the next film to be a “soft reboot” of the entire narrative. That might be bad news for the franchise’s bigger star.

Johnny Depp has been the most identifiable member of the “Pirates of the Caribbean” cast since the first film, embodying the role of Captain Jack Sparrow with such enthusiasm that it’s sometimes hard to tell where Depp ends, and Sparrow begins. Unfortunately for everybody involved, Depp has become a problematic presence in the years since the last film. He’s involved in court battles and a seemingly endless case of “he said, she said” with ex-fiancee Amber Heard about their tumultuous relationship, but revelations about his private life have made his brand toxic to a certain percentage of the public. Given the company’s squeaky clean public image, Disney is unlikely to want to have anything to do with him – so the soft reboot might be a way of ending the tale of Captain Jack Sparrow.

In addition to the uncertainty about Depp (and, indeed, the entirety of the existing canon), there’s also some uncertainty about whether Disney is making one film or two. It was reported three years ago that while Disney wanted to make a sixth sequential “Pirates of the Caribbean” film, they also wanted to make a reboot of the series starring an all-female crew. Margot Robbie’s name was attached to the project when the news first leaked, with Robbie said to be assuming the equivalent of the Jack Sparrow role. She’s never confirmed or denied her involvement in the project but has dropped enough hints for us to believe that it’s happening. However, Disney is also thought to be keen for there to be more of a female focus in the sixth “Pirates” film, with Kiera Knightley said to be primed for a bigger role and the character of “Redd” from the Disney ride that inspired the film slated to make an appearance.

If there’s going to be a strong female focus in the next “Pirates” film, it doesn’t appear to make sense to also reboot the entire series with an all-female cast. While Disney might once have planned to make two films, they might now condense these ideas into one film and run with it. If, as expected, Depp doesn’t return to his most iconic role, someone will need to step into his pirate shoes. Margot Robbie is a big enough star to do that. The replacement probably wouldn’t go down well with hardcore Depp fans or devoted fans of the first five films, but it’s almost impossible to make a major movie in the modern era without attracting at least some controversy. With or without Depp – and even with or without Robbie – the movie will almost certainly make enough money to justify another sequel even if it goes on to get hammered on review websites yet again.

We’ll bring you more news on the progress of the films (or singular film) as soon as it becomes available.