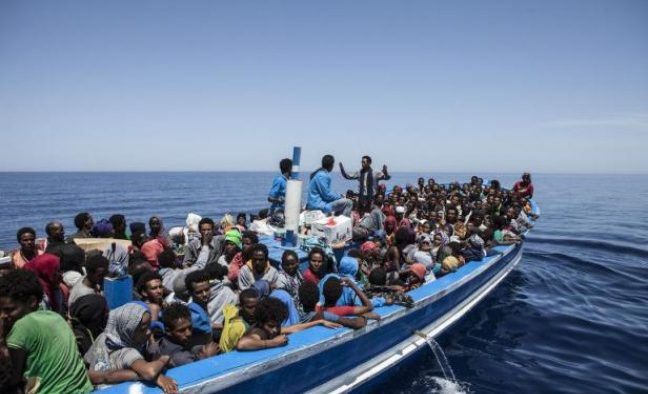 Sea-Watch, a German voluntary organization, aired on Thursday, July 1, and aerial images of the Libyan Coast Guard appear to have been fired near the migrant boat to stop it.

Pictures taken Wednesday from a volunteer charity flight show the impact of two shots on the surface of the water, with fifty migrants two or three meters away from the bow of the blue wooden boat. According to Sea-Watch, the four coastal vessels donated by Italy to the Libyan Coast Guard in 2017 are trying to get closer with motorized craft supplies and are likely to amplify dangerous maneuvers and try to cut it off again.

The incident took place in the Malta search and rescue zone, and according to Sea-Watch, the Coast Guard vessel had to return due to lack of fuel and the migrants were able to board the ship. Thursday morning on the Italian island of Lampedusa.

Dangerous crossings in the Mediterranean from Libya and Tunisia, one of the worst migration routes, have increased significantly this year, according to the United Nations. Nearly 21,000 people have visited the Italian coast since January, three times more than at the same time in 2020, according to Rome. Of them, 17% are unsupported minors. In recent weeks, a series of shipwrecks from Tunisia and Libya have killed dozens. According to the UN, more than 830 people have died in the Mediterranean since the beginning of this year, including 694 on the central route.

See also  Punishment for his solidarity with Morocco?