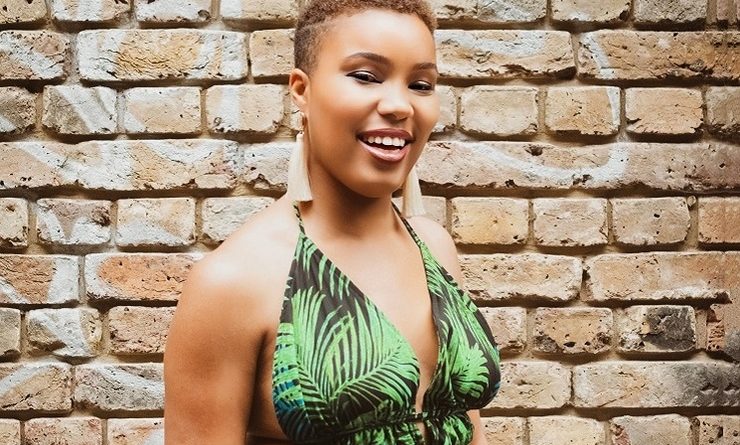 Lena Lother founded her association Caribbeans in London Upon arrival in the capital. Purpose: To highlight Afro-Caribbean culture by organizing multiple events for foreigners. We went to meet him to inquire about valuable information about this festival and coincidental events: something to comfort us Notting Hill Carnival canceled.

When did you come to London?

After completing my studies in Paris, I moved to London in 2015. I earned a master’s degree in digital before getting a license in economics and management. During my studies, I often entertained friends at home, enjoyed hospitality, and was later elected president of the University Residents Association where I was staying at the time. This desire to get together, make connections, and organize events became the biggest ambition of my life.

Why London more than other places?

Language was a major factor, but I also wanted a change. I had been there a few times already and felt the city was attractive. At first I didn’t know how to fit in, no plan to talk, but I was lucky. I quickly formed a small network and met beautiful people here and there. So I joined Caribbean community associations very early on by helping to organize local events. I had the opportunity to participate in this Carnival de Notting Hill !

So, from taking care of your natural sociability, did you start to turn it into a job little by little?

Exactly! Through this small, friendly, compatible network, I noticed that I began to interact with more and more people. With ” My little brother / my friend is going to London, can you help her? 1, My entourage has grown and supported me greatly, allowing me to participate in increasingly large events within other associations. Shows, afterworks“I thrived in this sub-environment within these organizations, so I was part of the team.”Matte Entertainment is available”, Conducted by a Guadeloupe. All of these encounters with people who are already established in this field have greatly enhanced my learning.

In the evening class, I was preparing for a diploma in events. Such evolution was triggered by a real need for credibility on my part, and I wanted to make sure I had enough knowledge before starting my project: this diploma allowed me to gain more self-confidence in my qualities. Organizer. I formed my own association Caribbeans in London In 2017.

What events are you organizing now?

With Caribbeans in London, We have created Sunday Sorbet. One evening we were with friends and one of my colleagues brought his sorbet machine. We have all tasted plenty of coconut sorbet, which is one of my favorite West Indian specialties and I decided to create the theme of these regular events, with the atmosphere of familiar barbecues that everyone loves. Apparently, these refreshments are crafted and made on site, and this averages 2 to 3 times a year. Next up will be in July too!

We calculate Caribbean Sunday. These are themed evenings, which take place on Sundays, in different rooms. We play music, especially juke, we are indoors and the atmosphere is very friendly, Generally West Indian. Past editions have taken place, for example around the worlds of the Lion King, 50 Shades of Gray, Waganda… Foreigners generally prefer this type of garland.

Who are your activities specifically?

Of course everyone. We are sometimes one or two small hundreds, which I consider a valuable balance between compatibility and multiple encounters, because in a thousand it can be very gentle instantly. There is a real demand from all London people and from the Afro-Caribbean community who want to participate in the development of more culture, food and dance … but we still count 40% British for our evenings!

Therefore, we speak mainly English, while at the same time dedicating our love to Francophony and promoting Creole during our themed events. So, if we bring the Afro-Caribbean people closer to the capital of our community that we need most in a country like this, we include the motto of all our projects. Because, apart from language, the music we play and the food we prepare go together.

Should other surprises be expected regarding the future of the association?

Yes, at the moment I am full of thoughts. I would love to create an Afro-Caribbean guide to London so that all good addresses, businesses, parties and events can appeal to them and help their overseas integration. We will present our actions, but also actions taken by other local associations, whose purpose is to benefit from our visibility, especially since some have long been established and are struggling to get to know themselves. When I started, other associations for Caribbean people in London were old, so it was rare to find them. Communicating what we offer to foreigners is difficult in terms of communication. However, the measures are there and deserve public attention!

The association seeks to build real support for foreigners, beyond the cultural aspects of the network. Therefore, one day I would like to create a sponsorship system between different foreigners. Again, the demand is high and I am constantly trying to meet it. Other events to look forward to: I have a surprise for you in August, which will come under itAfter work, Around the juke, and then I’ll post the information. I advise everyone interested to follow us Social Websites Because the details will be explained there, mainly in terms of the places where we can welcome them.