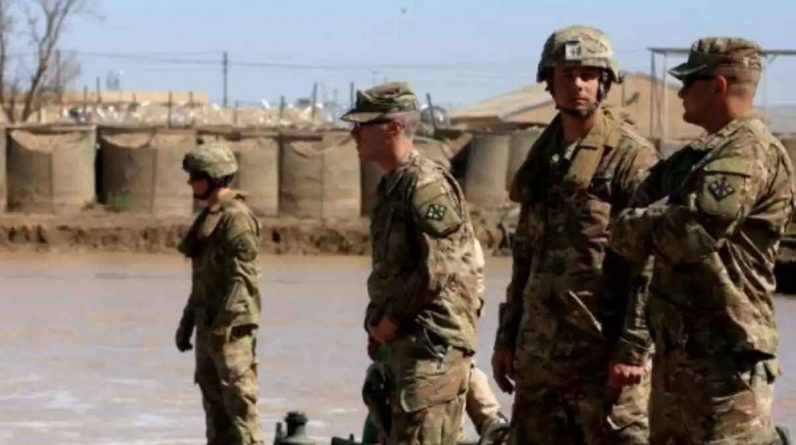 Colonel Wayne Maroto, a spokesman for the U.S. military in the Iraqi capital, Baghdad, wrote on Twitter on Monday that there had been a series of rocket attacks on U.S. forces in Syria at around 7.44am local time. He said no one was injured in the attacks and the damage caused by them is being assessed. Moroto later retweeted that US forces fired artillery in self-defense during the attack in Syria.

Iraqi military condemns US attacks
The day before, on Sunday, the United States launched airstrikes targeting “bases used by pro-Iranian militant groups” near the border between Iraq and Syria. The Iraqi military has condemned US attacks and called on the United States to retaliate. Pentagon Secretary of State John Kirby has said that militant groups are using bases to carry out drone strikes against US forces in Iraq.

This is the second attack in the region by an administration led by US President Joe Biden. There is no indication that Sunday’s strikes were part of a wider and ongoing U.S. air campaign in the border region. But Kirby described the attacks on Iraq as “defensive” in response to “attacks by pro-Iranian groups targeting US interests in Iraq.”

‘US to take action to protect American soldiers’
Kirby said the United States had taken the necessary, appropriate and deliberate steps to reduce the risk of the situation deteriorating and send a clear message to prevent an attack. The Pentagon says the targets were hit by Iranian-backed militants. A Pentagon spokeswoman Jessica McNulty said Monday that every attack had targeted the U.S. military and that the U.S. military was still evaluating the outcome of the operation. US Secretary of State Anthony Blingen said it was clear Biden would take action to protect US troops.