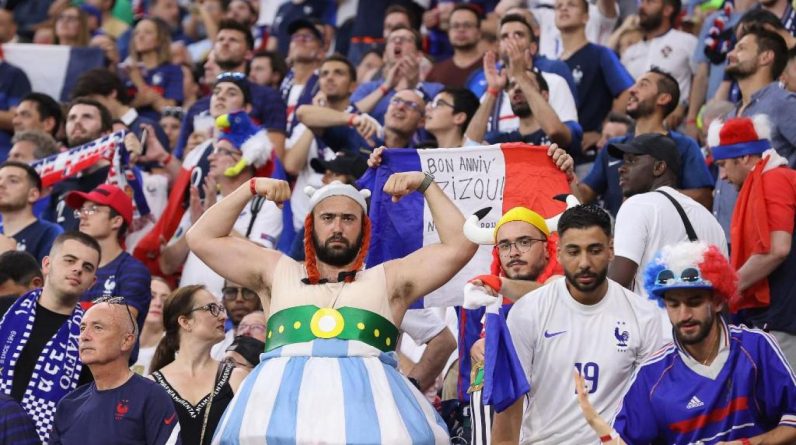 French supporters will have to choose between the quarterfinals in St. Petersburg and the semifinals in Wembley. Photo BERNADETT SZABO / POOL / AFP

Sports Minister Roxana Maracinanu warned on Monday that French supporters would have to choose between St. Petersburg and Wembley if France fell to Switzerland in the round of 16 due to health restrictions associated with the epidemic.

If you win on Monday, Blues Expected in Russia in the quarterfinals, then In London for the semifinals and final, If qualified.

If Blues supporters go to the Russian imperial city, they will have to go into isolation when they return to France, which added Russia to the “red list”. Increase in Covid 19 cases, Roxana Maracinanu said during a press conference In Bucharest, Where did she come from ” Go on its adventure with France .

« We have no solution (…), Traveling for football is not a major reason for business trip, so today one can choose between going to St. Petersburg or Wembley., She underlined.

In April, the UEFA decided to cancel “follow my team” tickets, guaranteeing supporters would follow their choice until the last match. So fans need to plan their trip in a complex health environment at the last minute.

Organizers have promised that the quarterfinals will take place on Friday in St. Petersburg as Russia catches on with new epidemics due to delta variation.

See also  Crown: Emma Gore says she will 'run a mile' if asked to join the royal family