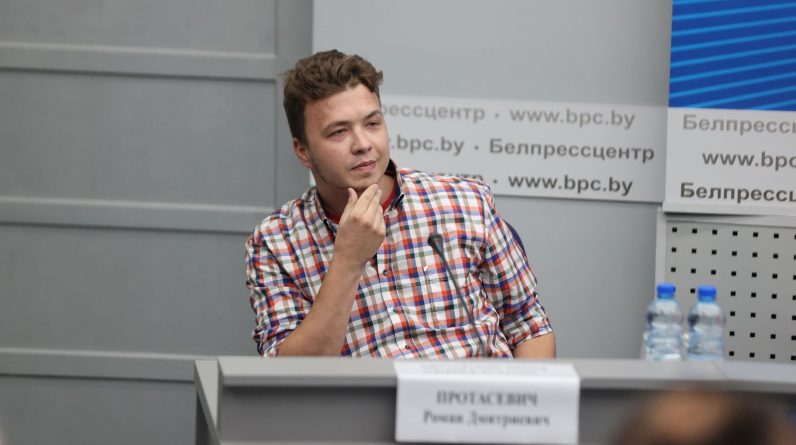 Belarusian opposition journalist Raman Pratasevich and his Russian envoy, Sofia Sabeka, who were detained in Belarus in May after a forced landing, were transferred from prison to house arrest. That’s what their parents told the Russian BBC.

Pradachevich is now living alone in a rented apartment Minsk, His father Dismitrij Pradasevich told reporters. According to him, the charges against his son and Sabeka have not been dropped. He said he had no further information and that being transferred to house arrest was not a big step in his opinion.

“We are not very happy about it. The lawyer did not contact, the authorities did not contact. Although the conditions for their stay have improved for them, it is not clear what will happen next,” said Dmitry Pratasevich.

Sabeka also now lives in a rented apartment in Minsk, but apart from his partner, his stepmother Sergei Dudik said. He clarified that the news of his action shocked him. He did not want to comment on whether the charges against his adopted daughter were dropped because he feared his statements would harm him. Sabeka’s parents visited on Thursday.

Pradasevich, a former headmaster of the independent information channel Nexta, and student Sabeka were arrested on May 23. The two traveled and landed in Minsk after Belarusian authorities forced a Ryanair commercial flight from Athens to Vilnius. The West called the move “theft” and responded with sanctions, including a ban on Belarusian airlines and a recommendation to avoid Belarusian airspace.