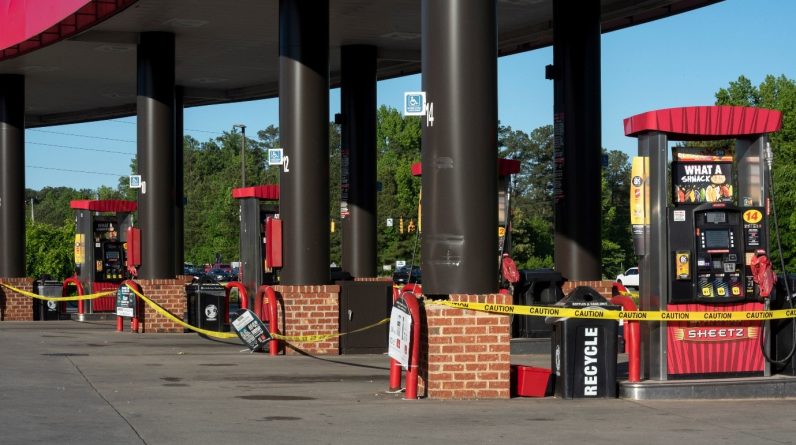 A few decades ago, the concept of being attacked digitally, and having data and resources stolen on an online platform would have appeared like an extract from a science fiction novel. However, today, cyber-attacks are a real threat and their affect can be detrimental if a company or businesses’ cybersecurity is infiltrated.

Recently, Colonial’s East Coast system, a major US oil and gas pipeline experienced a cyber-attack. The oil and gas industry is one of the biggest contributors to the US economy, representing 8% of the country’s Gross Domestic Product (GDP) and therefore, this could be one of the costliest cyber attacks in history.

The oil and gas industry is constantly evolving, and attempting to shift towards being an increasingly digitalised presence, to reduce its carbon footprint, promote growth and attempt to shift to net-zero emissions. However, whilst this step has reduced ecological risks and has driven growth in the sector, it has posed a whole new risk, being vulnerable to cybersecurity threats, which are becoming increasingly present in the critical infrastructure sector. This latest attack on the Colonial’s East Coast pipeline system has caused mass panic among refiners and oil traders alike, because of the detrimental effects that it could have upon the economy and oil prices.

If you take part in crude oil trading then you could be concerned about how this could affect your investment, since Colonial is one of the most vital energy suppliers for the East Coast and supplies almost half of the refined products used across the Atlantic seaboard. So, to learn more about the attack and the effect that this could have on market movement in the oil sector, read on.

See also  Argentina wins in his group, Boca in danger

An overview of the attack

The ransomware attack which took place in May 2021 saw the whole Colonial pipeline’s network shut down, an infiltration which is still having an ongoing effect, at the time of writing. The pipeline still remains predominantly shut, and since it supplies half of the fuel supply to the East Coast, it is feared that this closure will most likely cause prices to rise throughout the country.

The hackers who orchestrated the attack were able to invade the pipeline’s digital security using one single password. Chief Executive Joseph Blount has defended the pipeline’s security, claiming:

“It was a complicated password, I want to be clear on that. It was not a Colonial123-type password.”

However, questions have been raised as to why one of the giants in the critical infrastructure didn’t have a multifactor authentication procedure in place, which could have prevented the attack. The breach has led to a rise in gasoline prices, has caused fuel shortages on a localised level and has caused individuals to panic buy, resulting in further issues related to supply and demand.

The attack’s effect on the oil market

You might be aware that the financial market is extremely susceptible to change and its volatility can be impacted by many external factors, including national crises such as a cyber-attack. The severity of the attack was confirmed when the White House declared a state of emergency in 17 eastern states, since the pipeline’s functions are yet to be fully restored and it is unknown when normal operations will be able to resume.

The shutdown could have an impact of crude oil exportation in the US, since this has recently experienced a rise, following the crisis, reaching 4.1 million barrels per day in May. Since the pipeline’s closure is likely to hit the US economy hard, at a time when it is just beginning to rebound from implications posed by the coronavirus pandemic, the landscape of the oil market could change in response to this economic setback.

The biggest factor that effects the oil market is supply and demand. And though the recent attack has had a direct effect upon the price and supply of fuel, the OPEC+ cartel currently holds more than 6 million barrels per day, which are a spare supply of the overall production. As a result, it is believed that it is unlikely that there will be global supply issues.

However, the attack has taught traders that cyber-attacks are an additional risk that they will need to factor into planning in the future, since it is a relevant and real risk to the financial market and economic infrastructures as a whole. Shortly after the attack took place, Brent Crude increased by 0.6% and hit $68.66 per barrel. Additionally, West Texas Intermediate rose by 0.5% to $65.24 per barrel.