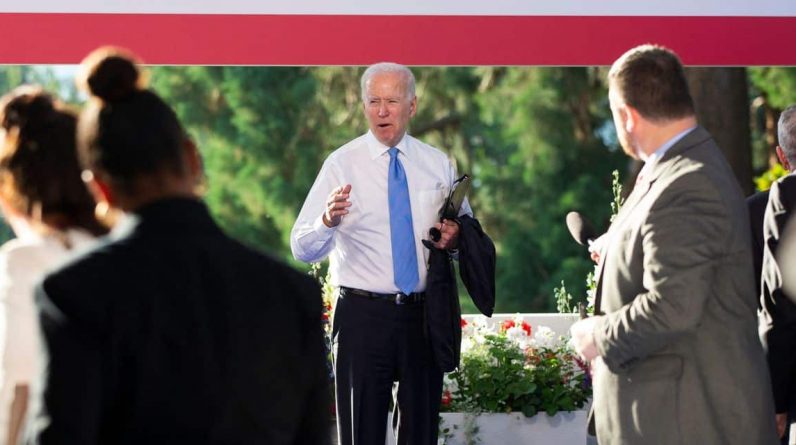 This Tuesday, Joe Biden met with his Russian rival Vladimir Putin for the first time as president in Geneva. Following the face-to-face exchange, the US president gave a press conference at which he fired slightly at a CNN reporter.

Caitlin Collins asked him why he believes Putin will change his behavior. Then the President of the United States responded by raising his voice: “God … what do you always do? Let it be clear, I said, what would change their behavior if other parts of the world reacted. It lowers their position in the world. I have no faith in anything, I only tell the truth.” He corrects.

The channel’s journalist rushes to jump behind. “During the press conference after your meeting, Putin denied any involvement in the cyber attacks. He underestimated human rights abuses. He even refused to mention the name of Alexei Navalny. So what is this? Creative meeting?

“If you do not understand, you are in the wrong job,” Biden replied.

Later, the president reconsidered his comments and apologized to the reporter. He said he had to “apologize to my last speaker” before boarding his plane to return to Washington. “I shouldn’t have played smart.” We are not accustomed to Trump.

See also  London, Washington search for the wreckage of the F-35 stealth plane in front of Moscow