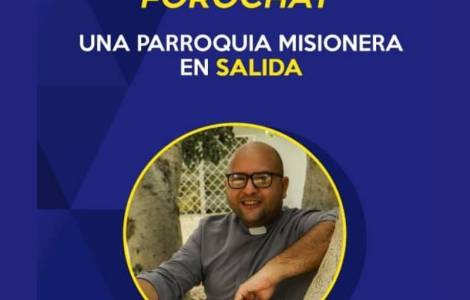 Caracas (Agency Fights) – The current stage, defined as the “subsidiary” of the Second National Episcopal Conference (ANP) of the Church of Venezuela, includes stages of listening and conversation in which we seek to promote a common response Assembly: “Missionary Parish departs for new times”. A series of guiding questions were prepared to be analyzed and shared in virtual thought tanks created in parishes, dioceses, dioceses and apostolic vicars.
The first PNA took place in November 2015, and this second assembly began in 2019 with church and diocesan meetings. In line with the objectives of the Episcopal Conference, this path has an algorithmic itinerary of a synodal character that supports the participation of all members of the Church in Venezuela, to reflect, to address and to promote the commitment to be an outgoing missionary. See).
In several efforts during this period, the Missionary Ministry of the Diocese of Venezuela organized a digital forum on June 8. In light of the Church’s Magistrates, Father Alfredo Hernandez, who invited us to think about the missionary church and pastoral conversion, provided the basic theme, which should guide the outgoing gospel. “The life of the Church is missionary, because it follows in the footsteps of the Master who is the Father’s missionary,” the pastor underlined, “The existence of our Church depends on the teachings of our Master.”
In his response, Fr Hernandez quoted the 14th volume of the Apostolic Exhortation “Evangeli Nundiandi”, in which it is affirmed that “the gospel is the joy and profession which the church has received, and its identity, which is very profound.” He outlined the importance of focusing on the Church’s “presence” in the prophecy: “The Church was born a missionary”.
At the end of the theme presentation, the forum participants answered questions related to orientation, which called for an analysis of how missionary activity is currently evolving, approaches to be followed, and structural role models for adaptation. Outgoing Church Responding to the Signs of the New Age. The answers highlight various aspects, namely the adoption of a virtuous attitude and abandonment of the search for a protagonist, as well as the promotion of a social culture, values ​​of solidarity and service, and a commitment to continuing education.
The forum is part of a series of training activities dedicated to the gospel organized by the Missionary Bishop of the Diocese of Copimus since May, to train its pastoral agents and all those interested in deepening their missionary career. (SL) (Agency Fights 10/06/2021)