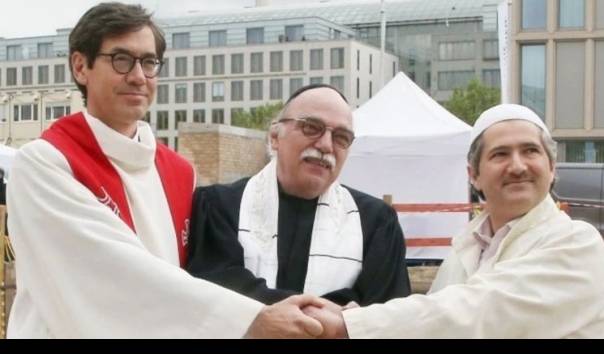 Berlin, Compass.TV – Muslim, Jewish and Christian imams laid the first stone for the construction of a common place of worship in Berlin, Germany.

They erected the House of One as a symbol of medieval harmony. The idea of ​​creating a multi-religious building has been planted for 10 years.

However, this is gradually becoming a reality after Christian, Jewish and Muslim leaders laid the foundation for its construction on Thursday (27/5/2021).

Father Gregor Hoberg, one of the leaders in this effort, said Jews, Christians, Muslims, people of other religions, even those who do not have a religion, have a quiet home.

The ‘House of One’ is a place for all groups to meet and talk.

Father Gregor Hoberg said it was important to have a ‘House of One’ considering what was happening in Germany and in the world today.