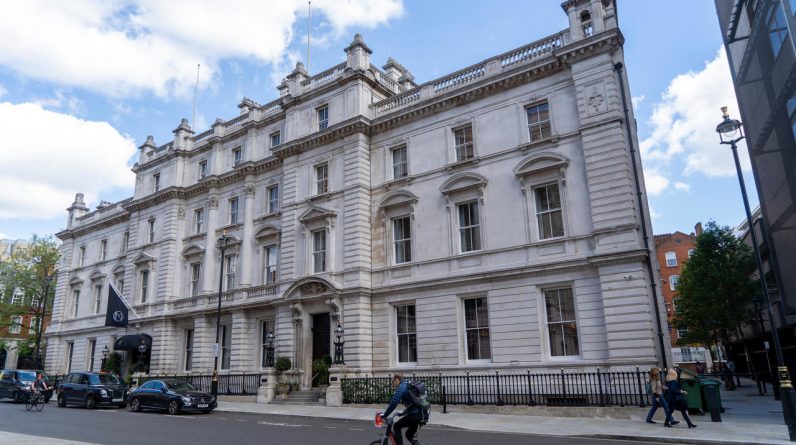 In the latest London museums that trace the evolution of policing in the British capital, there are no more thugs and drunkards, now the place for visitors: old police cells, but sober.

The former Boe Street police station, located in central London in the Covent Garden district, more than a century and a half old, opens its doors on Friday.

The building, one of London’s first police stations adjacent to the former courthouse, has been converted into a luxury hotel. But part of the old police station now presents its extraordinary history.

In the audience cells – updated – over time the assassins, the voters, the dictators and the writer and playwright Oscar Wilde can win.

“Many famous cases are going on in Poe Street Court,” Museum Superintendent Jen Kavanagh told AFP during a presentation, “I’m delighted to show you the story behind these walls.”

To do this, he worked with former officers stationed here in the 1950s to better capture the spirit of the place.

After nearly 30 years of sleep since its closure in 1992, the police station today tells three centuries of British police history, beginning with the Bo Street “Runners”.

This is what members of the first organized police force were called, a flying patrol with volunteers’ bells, lights and sticks from the early 18th century.

When it was created in 1829, they were incorporated into the Metropolitan Police, a name still assigned to the British Capital Police today.

With the opening of the building that now houses the museum in 1881, Poe Street has been a London law enforcement venue for decades.

Philip Koff, a retired researcher who worked there until 1989 when it closed until three years later, is now a member of the museum and joined former colleagues at a meeting last week accused of being “emotional” to “discover the exhibition”.

“When this post was closed, everyone wanted it to become a museum,” he told AFP.

“Unlike other police stations in the country, this was the Poe Street + Runner label … it’s like closing a chapter in history, but like a phoenix it rises from the ashes.”

The museum traces the beginnings of modern policing from Boe Street with items such as a 19th century lamp and a copy of the runners’ blue uniform, but it also looks at the site’s recent history.

The building has seen everything from the Irish Republican paramilitary attacks to the IRA, to the handover of Chile’s former dictator Augusto Pinochet, to the policewoman Juan Fletcher who was associated with it.

He was overseeing a small demonstration outside the Libyan embassy in 1984 when he opened fire from the diplomatic compound, leading to the severance of ties with Tripoli for 15 years.

The museum also displays old court artifacts, including a defendant’s box that was closed to the police station in 2006 after 14 years.

Cells of six-year-old men are used for the exhibition, and visitors are encouraged to take their last places.

“There was graffiti on the walls, there was the smell on the cells … to say it respectfully,” recalled Lee-Jane Yates, a former police officer who worked there in the 1980s. In the museum scene.

“It’s more than possible that this is the first police station in the country, but we do not know the history.